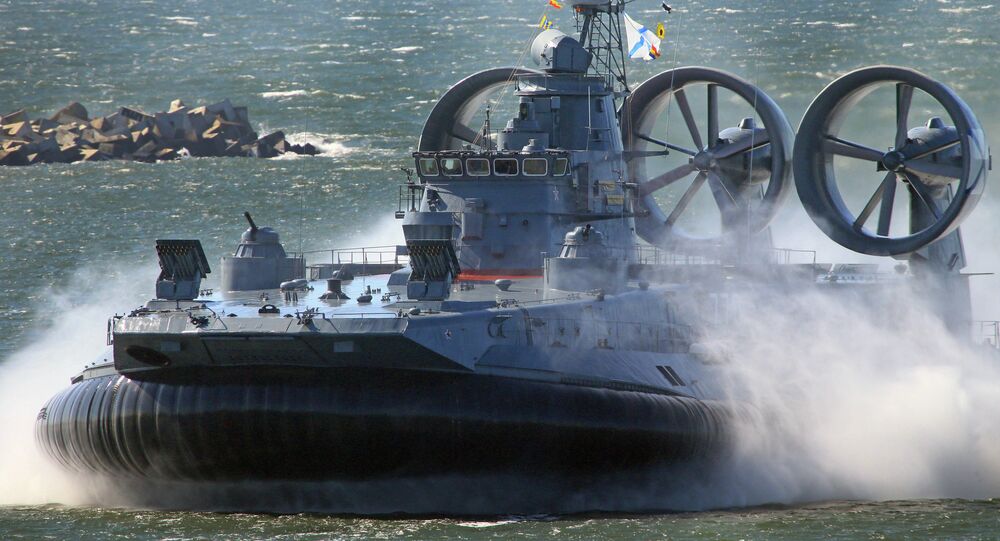 Russia on the Way to Revive High-Speed 'Flying Ships' Construction

© Sputnik / Igor Zarembo
Russian Defense Ministry to Decide on Zubr, Murena Hovercraft Order by 2017
According to the newspaper, Russia plans to resume the production of unmatched amphibious assault ships of the 12322 'Zubr' Project capable of delivering three tanks weighing up to 150 tons or 10 armored vehicles loaded with marines to a beachhead.

Andrei Frolov, military expert and editor-in-chief of the Russian 'Export of Arms' magazine told Izvestia that the resumption of the construction of attack hovercraft will support the competitiveness of Russia's shipbuilding industry.

"Such a high-speed landing craft will be in demand in closed theaters like the Black, Baltic or Caspian seas," he added.

According to the expert, there are not enough existing Russian amphibious ships from the 'Dyugon' and 'Gyurza' projects to solve the problems facing the Navy and the Marine Corps.

© Wikipedia / Vitaly V. Kuzmin
Russia to Unify Missiles for Shipborne, Land-Based Air Defense Systems - Defense Corporation
"We still do not have good diesel engines, which led to problems with the 'Dyugongs'. The 'Zubr' has already been tested, well-proven and was even in demand abroad."