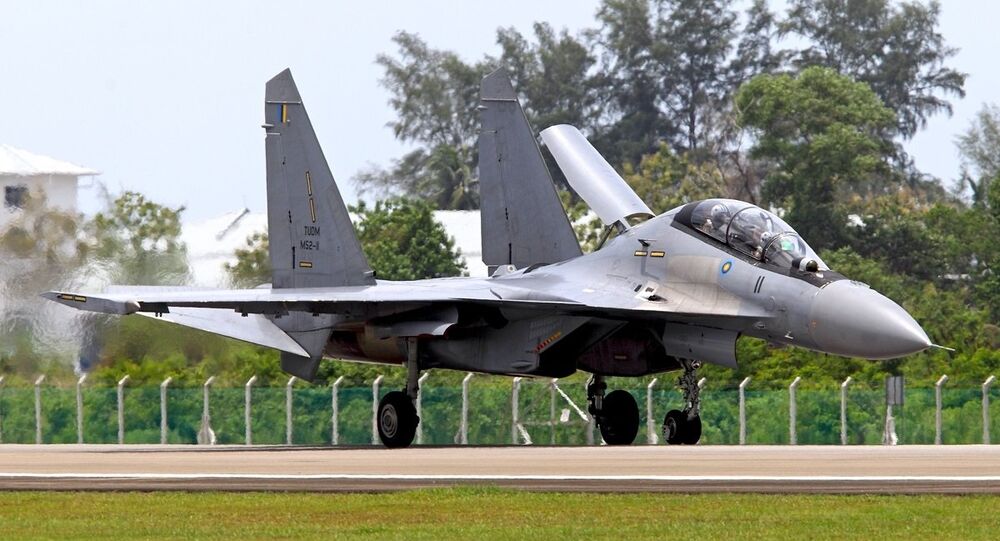 The Malaysian Air Force has announced that they have modified their Russian-made Sukhoi Su-30 fighter jets to be able to drop GBU-12 laser-guided bombs, having successfully tested the new platform in late 2016.

The Royal Malaysian Air Force put out a video showing their Su-30MKMs, supermaneuverable fighters specifically designed for use by Malaysian forces, dropping 500-pound GBU-12s made by Lockheed-Martin and Raytheon. The video's accompanying caption said that the test occurred in November 2016 at the Air Force's weapons testing range.

However, the segment has since been deleted from the video.

The GBU-12s are laser-guided, using a passive heat-seeking homing system to detect and strike targets. The Su-30MKMs used a French-made Thales Damocles targeting pod to detect targets, firing weapons like the Russian-made Kh-29T/L long-range guided missile as well as the KAB-500L and KAB-1500L laser guided bombs. The GBU-12 is in the same family of weapons as the KABs, but smaller (507 pounds to the KAB-500L's 1102) and equipped with a GPS to give it a more flexible trajectory.

Malaysian ground forces also can use hand-held designators to pick out targets.

In 2012, Malaysia purchased six Raytheon AN/ASQ-228 Advanced Targeting Forward-Looking Infrared pods for bomb and missile targeting. It used them to upgrade their Boeing F/A-18D Hornets, which are primarily used by the US Marines for air support during night attacks.

The Malaysian Air Force has a fleet of 49 combat aircraft: 18 Sukhoi Su-30MKMs, eight Boeing F/A-18Ds, 10 Russian-made MiG-29s and 13 British BAE Hawk 208s. The Sukhois make up the core of the fleet and are equipped with both Russian and Western systems.

Previously, Malaysia's Hornets successfully deployed GBU-12s against several hundred Filipino militants attempting to seize territory in North Borneo. The Hornets and Hawks used GBU-12s on the militants' headquarters to flush them out before sending commandos in to sweep them up.