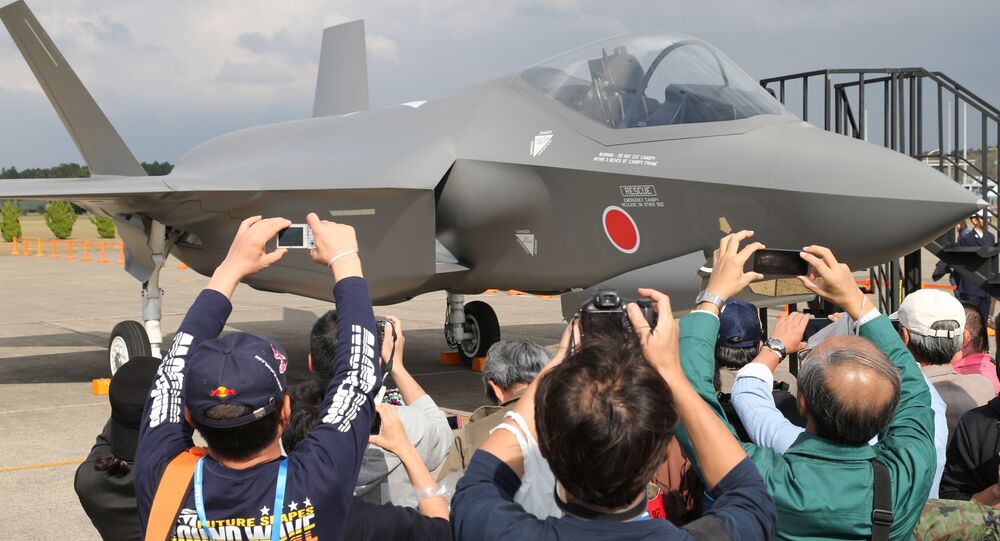 The Japanese Defense Ministry officials who checked the plane's functions, noted the aircraft's ability to maneuver and said everything was functioning normally, the reports added.

After several more tests in Japan, the F-35 fighter jet will be used in training flights in the United States, according to the broadcaster.

© Photo : MBDA Systems
When the F-35 Fails: Germany, Spain Eye Next-Gen Airbus Fighter Jet
On June 5, the US defense and aerospace company Lockheed Martin announced in a press release that the Japanese manufacturing company Mitsubishi Heavy Industries has successfully assembled the first of 38 F-35 fighters in a US-supervised contract. The Japanese Ministry of Defense selected the F-35 as the nation’s next-generation air defense fighter jet in December 2011, and won US approval for a fleet of 42 jets, the release explained.

The first four jets were previously built in the United States and delivered to Japan, while the remaining 38 will be assembled by Mitsubishi under supervision of Lockheed Martin and US government officials, according to the document.

F-35 is a single-seat, single-engine fighter aircraft designed for many missions with advanced, integrated sensors built into every aircraft.