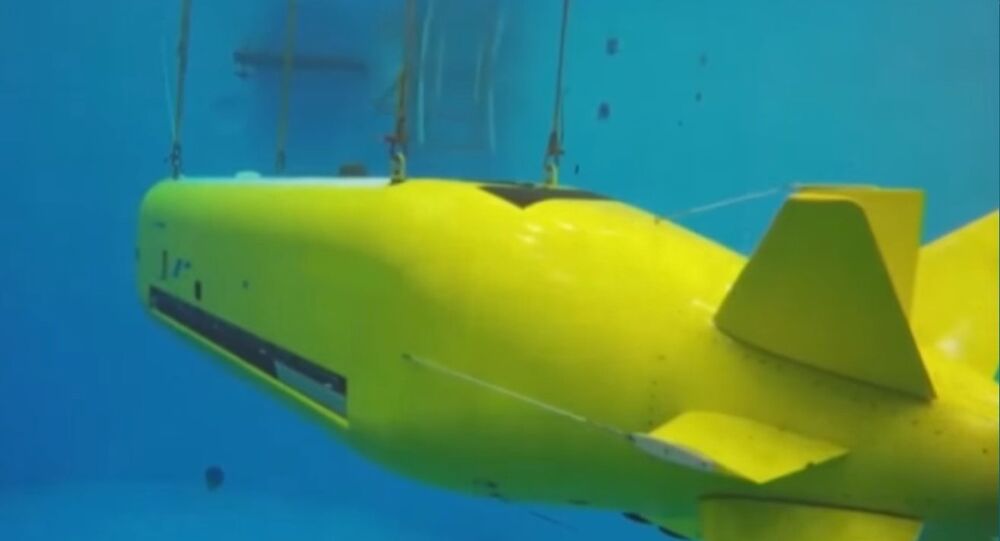 Shipbuilding company Huntington Ingalls and aerospace giant Boeing are teaming up with the US Navy to build the Echo Voyager, a 50-ton underwater drone. The unmanned, autonomous 51-foot long unmanned submarine is designed to stay underwater for months at a time.

"We are combining Boeing’s preeminent [unmanned underwater vehicle] maritime engineering team with our nation’s leading shipbuilder and Navy technical services company to get operational vehicles to the Navy years ahead of the standard acquisition process," Darryl Davis, president of Boeing Phantom Works, the advanced prototyping arm of one of the US’ largest airplane manufacturers, said in a release.

With its various modules the service plans for the new craft to have a range of capabilities, including underwater research, firing missiles and dropping mines.

"The capabilities that it has, being able to drop things out of the bottom as well as launch things out of the top, long endurance, deep-diving depth, persistence, all of those things were really, really exciting to see," he said, according to Defense One.

Before adding the craft to the fleet, the Navy plans to conduct trials on existing underwater drone technology while developing new drones, telling Congress as much in its 2018 budget submission in May.

Testing for the Echo Voyager began June 5 in the Pacific Ocean off the coast of California, focusing on battery systems, autonomy and communication.

Stressing the importance of the craft’s ability to function independently, David Flowers, Boeing’s program manager for XLUUV (Extra-Large Unmanned Underwater Vehicle) development, said in a release, "Unlike an aerial vehicle, or a satellite where you can communicate with it when it’s in trouble, with subsea vehicles you can’t do that … So autonomy is that much more important. The vehicle has got to understand what to do if it gets in trouble, make rule-based decisions and act in a way that allows it to stay safe and complete its mission."