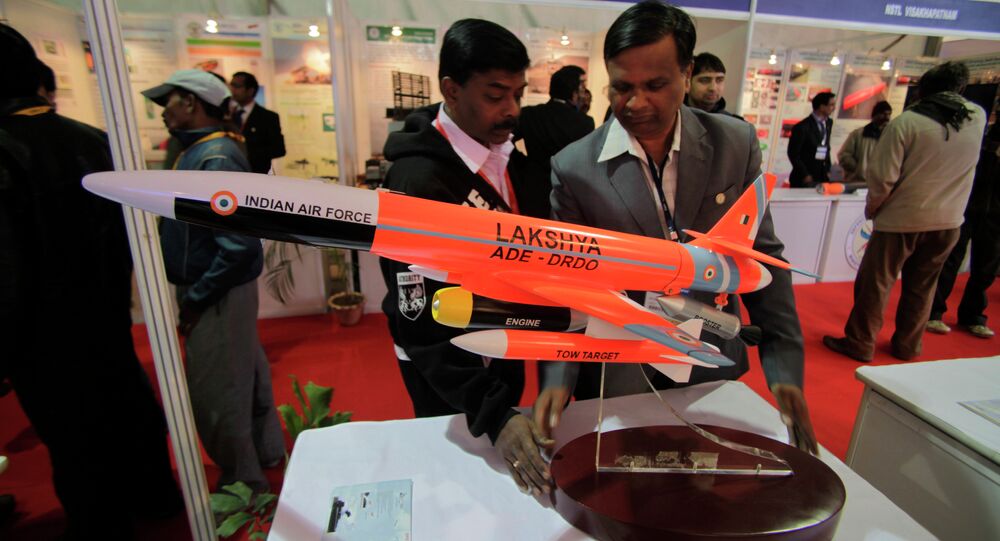 India Rolls Out Defense Research and Development Equipment Worth $38.6 Bln

In what could be seen as proof of the Narendra Modi government’s approach to boost the country’s defense manufacturing capability, the Indian Defense Ministry cleared equipment worth $38.6 billion developed by state-owned Defence Research and Development Organization (DRDO) since Modi took charge.

© AP Photo / PRNewsFoto/Sikorsky Aircraft Corp.
India Plans to Cancel Defense Deals Worth $3 Billion
New Delhi (Sputnik) — The products developed by DRDO get the nod of the top decision-making body of the defense ministry on a priority basis which increased the production value of such equipment by 60% in the last three years. DRDO-developed products such as Tejas fighters, airborne early warning and control system (AEW&C), Akash weapon system, Sonar systems and Varunastra torpedo have been inducted into the armed forces over the last three years.

"The production value of DRDO-developed products, cleared by the Defense Acquisition Council, has grown by 60 percent in the last three years to approximately $38.6 billion from nearly $24 billion. The export potential of DRDO-developed systems has also increased manifold and this year export of torpedo stands at $37.9 million," the defense ministry said in a statement.

In the last financial year, India exported the indigenously developed Varunastra heavyweight anti-submarine torpedo to Myanmar and is in an advanced stage to export to Vietnam as well.

The Narendra Modi government had launched ‘Make in India' program to boost defense manufacturing, aimed at lessening imported products for the armed forces. It did not succeed in attracting foreign direct investment till now but a sustained approach to give priority to local-made products provides a moral boost to private defense sector firms. The recently announced strategic partnership policy will further boost defense business of private companies in the coming years.