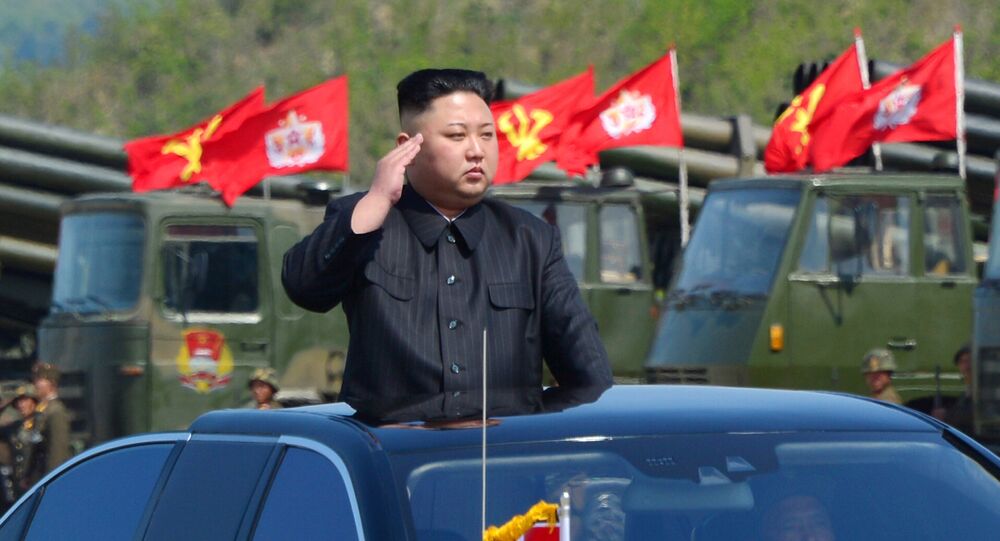 On Saturday, the Democratic People's Republic of Korea (DPRK), in an editorial published in the state-owned newspaper Rodong Sinmun, suggested that the first intercontinental ballistic missile (ICBM) launch by the country was "not too far away," according to Yonhap.

"The series of recent strategic weapons tests show that we are not too far away from test-firing an intercontinental ballistic missile," according to a Rodong Sinmun editorial, cited by Yonhap.

In an annual January 1 address, DPRK leader Kim Jong-un claimed that Pyongyang would accelerate its ballistic missile and nuclear weapons development as a means of self-defense.

Following Pyongyang's Saturday ICBM announcement, all eyes are now upon the increasingly isolated nation as they strive to reach their stated goal of having the ability to strike the US mainland with an atom bomb.

Heavily sanctioned by the United Nations and the West for its continued ballistic missile testing, the ongoing DPRK weapons program has seen five tests since May 10, including an unknown number of 125-mile short-range anti-ship cruise missiles fired from launchpads on its eastern coast several days ago, according to reports from South Korean military sources.

"The great success of test-firing an intercontinental ballistic missile, which we are sure to achieve, will mark a historic watershed moment in the failure of the US hostile policy against us," stated the DPRK newspaper on Saturday.

"Historically speaking, the US has never dared to go to war with a country that possesses nuclear weapons or ICBMs," the state-run media outlet added.

Although statements from DPRK media sources assert that Pyongyang can strike the US mainland using current weapons technology, military experts claim that the country is not currently capable of the action, although it could be possible within a year, cited by Yonhap.

A Pentagon source stated Wednesday that, "North Korea is poised to conduct its first ICBM test in 2017," according to Yonhap.