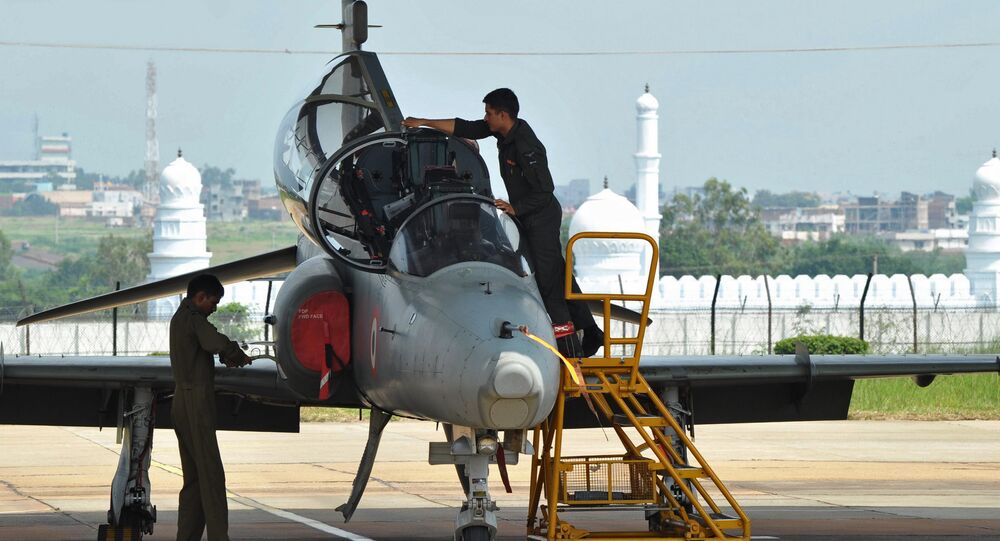 The next generation Advanced Hawk trainer jet, jointly developed by India’s HAL and BAE of the United Kingdom, has flown for the first time at the BAE’s military aircraft facility in Warton, Lancashire.

The concept demonstrator features an upgraded cockpit which gives the feel of fifth-generation aircraft and a new, large area display that introduces a new student/pilot training experience. Its wing has been redesigned to increase performance in areas such as turn rates, angles of attack and both take-off and landing. The Advanced Hawk can achieve supersonic speed in a dive which gives transonic flight experience to the trainee pilots.

"The trainer jet jointly developed by HAL and BAE of the United Kingdom hopes to find foreign takers despite lukewarm response from the Indian Air Force for which it was mainly intended," Steve Timms, Managing Director Defense Information, Training & Services at BAE Systems, said.

HAL-BAE aim to sell approximately 300 Advanced Hawks across the world from India or UK or from both the plants depending upon demand.