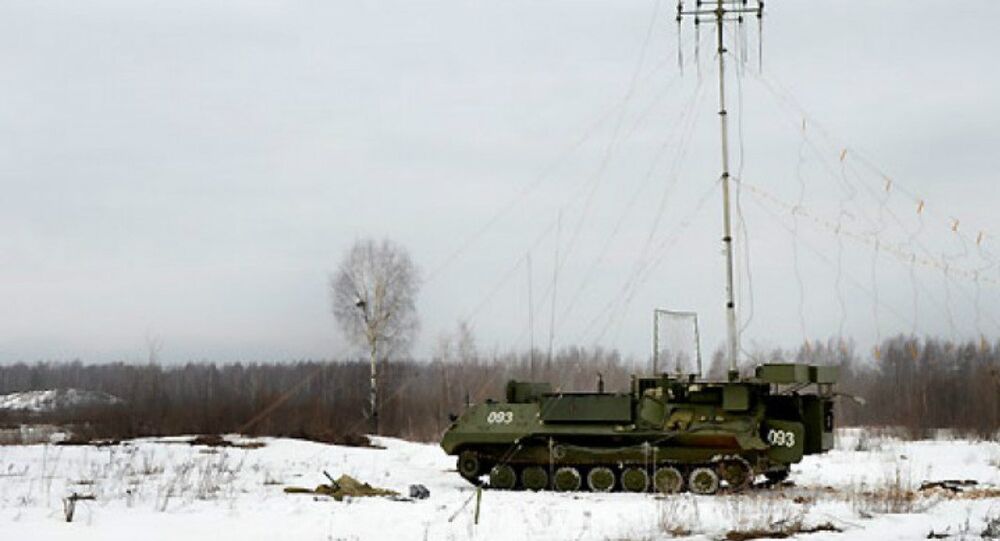 As residents of Kensington headed to the polls in the June 8 general election, it's likely few knew the world's largest electronic warfare conference, EW Europe, was convening in their backyard. Held in the Olympia Conference Center, the industry's leading businesses considered the future of the field in light of emerging threats.

In an increasingly digital world, electronic warfare — the use of electromagnetism to control or impede enemy attacks — is increasingly becoming a fundamental aspect of conflicts. Despite its futuristic character, electronic warfare tactics can be employed from traditional air, sea and land locations, and be aimed at common targets such as humans, communications, radar and other assets.

No matter how electronic warfare is waged, robust systems for defending against electronic attacks can often be a matter of life and death for civilians and soldiers alike. A world little-known by lay members of the public, as a sector, electronic warfare has exploded in significance and size since the turn of the century, drawing in expertise from around the globe.

A palpable example of the capabilities of electronic warfare waging include the 2007 Operation Orchard Israeli attack on a suspected Syrian nuclear weapons site, in which the Israel Air Force used electronic warfare tactics to take control of Syrian airspace prior to the strike, feeding them a false sky-picture while Israeli jets crossed much of the country, bombed their targets and returned.

EW Europe is an opportunity for the continent's biggest electronic warfare hitters to gather, discuss seismic sectoral issues, and show off their latest wares.

The system be installed on battlefield-ready armored mobility vehicles, and provides on-the-move data and voice communications in difficult terrains. Its low-profile antenna can be integrated on a vehicle's rooftop, and the vehicle's armored protection provides battlefield survivability.

The antenna can be automatically steered to track the selected satellite, and the system can also work around the clock in harsh climatic conditions. Operators can even work remotely at a considerable distance from the vehicle itself.

Attendees were told the terminal has already passed its official test, and gained the Russian Ministry of Defense's seal of approval — production has since started on the first batch of devices, and they are slated for delivery in the second half of 2017.

The test was conducted on the mighty Tigr-M SpN, a Russian 4x4 first deployed in 2006, and as of 2017 in use as many as 15 militaries around the world.

​Russia has long been a major innovator in the field of electronic warfare, with the advanced Borisoglebsk system the envy of armies worldwide. The multi-purpose jamming system, developed by the United Instrument Manufacturing Corporation for the Russian Armed Forces, was successfully developed in 2010, and introduced to the Russian army in 2014. Designed to suppress mobile satellite communications and satellite-based navigation signals of a potential enemy, it merges four types of jamming stations into a single system with a single control console which allows the operator to take decisions within seconds.

​The Rtut-BM is another advanced Russian electronic warfare system, designed to protect troops and military hardware from artillery rockets and shells equipped with proximity fuses which are programmed to cause them to detonate when they are 3-5 meters from the ground. It can also neutralize radio frequencies employed by the enemy's communications. The systems are deployed on armored vehicles and cover areas area of roughly 50 hectares (500,000 square meters). It only takes two operators to function, and can be ready for jamming within 10 minutes.

​The simulator perfectly recreates a electromagnetic environment to virtually road test the electronic warfare, communications and electronic intelligence capabilities of military craft. Despite the product's niche application, it's already taken the defense community by storm, with 800 separate units purchased since launch. As well as reducing cost in terms of decreased flight hours for testing, the system also allows users to simulate complex electronic warfare environments, creating a comprehensive interactive environment comprising the newest and most difficult electronic threats.

Affordability is considered a key issue, as it's not cost effective to equip every aircraft in a military's arsenal with state of the art electronic defenses — typically, such tech is reserved for the most powerful and significant jets and planes in a military's arsenal, even though any and all aircraft are susceptible to, and common targets of, electronic warfare attacks. Not a single military in the world as yet boasts such protective measures across their range of intelligence, surveillance and reconnaissance aircraft, or drones.

Militaries the world over are becoming increasingly concerned with the extended range of surface-to-air missile threats, and radio frequency protection has become a key issue. Briteye offers this at a low cost, to ensure aircraft — whether the fighter or non-fighter variety — end up in missile engagement zones due to radio and radar jamming. Moreover, the system is trained to identify, classify and then prepare appropriate countermeasures as and when electronic threats rear themselves.