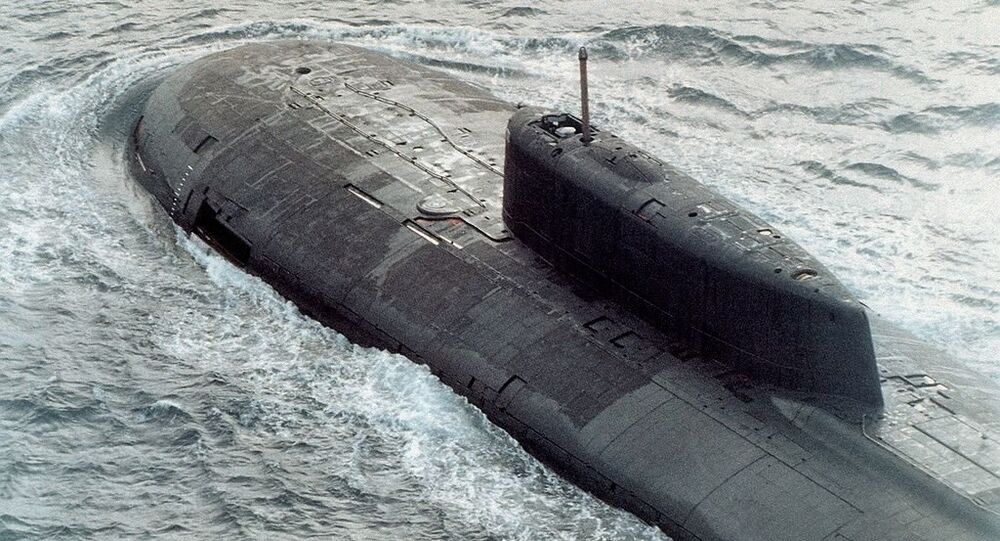 The Russian Defense Ministry has confirmed its intent to equip four missile attack submarines in the Pacific Fleet with Kalibr cruise missiles. Military observer Boris Rozhin told Sputnik about the Kalibr's advantages over its predecessors, and what the future holds for the missile system.

"The old Granit [naval anti-ship] cruise missiles will be replaced by Kalibrs, which proved themselves well, including in the Syrian conflict," Borisov said, during his visit to the Zvezda shipbuilding and engineering complex in the town of Bolshoy Kamen in Russia's Far East.

Ministry of defence of the Russian Federation
Long Arm: Russia's New Corvette to Fire Kalibr Cruise Missiles Thousands of Miles Away
The senior officer also confirmed that other shipboard systems on the subs will be replaced, effectively turning them into 'new vessels in an old shell.'

Russia's Pacific Fleet Antei-class submarines were commissioned between 1988 and 1996.

Asked to comment on the Defense Ministry's plans, Boris Rozhin, military observer and editor-in-chief of the Kassad information-analytical center, told Radio Sputnik that the Kalibr has a number of advantages over its Granit predecessor.

US Navy/Mass Communication Specialist 2nd Class Ridge Leoni
How Russia and China Could Respond to Pentagon's Newest Supercarrier
"Kalibr is, in fact, the further development of the Granit missiles, which were developed in the Soviet Union in the 1960s and 1970s, and put into service in the 1980s," Rozhin recalled.

"At around the same time [that the Granit was adopted], design work began on the creation of next-generation missiles. Today, there are a number of systems designed for use on submarines, ships and the air force. Among the advantages of the Kalibr is its high accuracy compared to the Granit, and its smaller size."

According to Rozhin, the latter feature "allows for more Kalibr missiles to be placed on a submarine than its Granit equivalent…This is a natural process in the evolution of our missile systems. New modifications of Kalibrs are being developed, as well as other promising missile systems which will replace the system in 10-15 years' time. It's looking like the Kalibr will be one of the main missiles of our armed forces in the coming years."

© Photo : YouTube/Science and technology
Race for Hypersonic Superiority: Russia Over Half-a-Decade Ahead of the US
Promising new systems include the 3M22 Zircon naval cruise missile, a missile with hypersonic capability that's expected to replace the Granit and Onyx; experts expect the new missile to be added to Russia's arsenal sometime between 2018 and 2020.

As for the Kalibr, Rozhin emphasized that the system's impressive performance in Syria doubtlessly helped determine its fate.

"The nature of the Syrian conflict made it possible to test [Kalibr] in combat conditions, from both surface ships and submarines, starting with the launches in 2015 and ending with the recent attacks on terrorist positions in central Syria," the expert recalled.

© Photo : Artem Tkachenko
Meet Russia's New Ka-52-Equipped Lavina-Class Amphibious Assault Ship
"The launches were made from platforms including the Krasnodar [a Varshavyanka-class attack] sub, and the Admiral Essen frigate. Russia, in addition to carrying out the strategic tasks of assisting the Syrian government in the fight against terrorism, is also solving the tasks of breaking in new weapons and the modernization of the armed forces."

Accordingly, Rozhin noted that the plans to incorporate Kalibr into more and more modern submarines is an indication that the system's combat experience has been successful. "Granit will gradually fade out. The system served well, but new realities of war require more advanced systems. Kalibr solves these tasks, for the moment," the observer concluded.