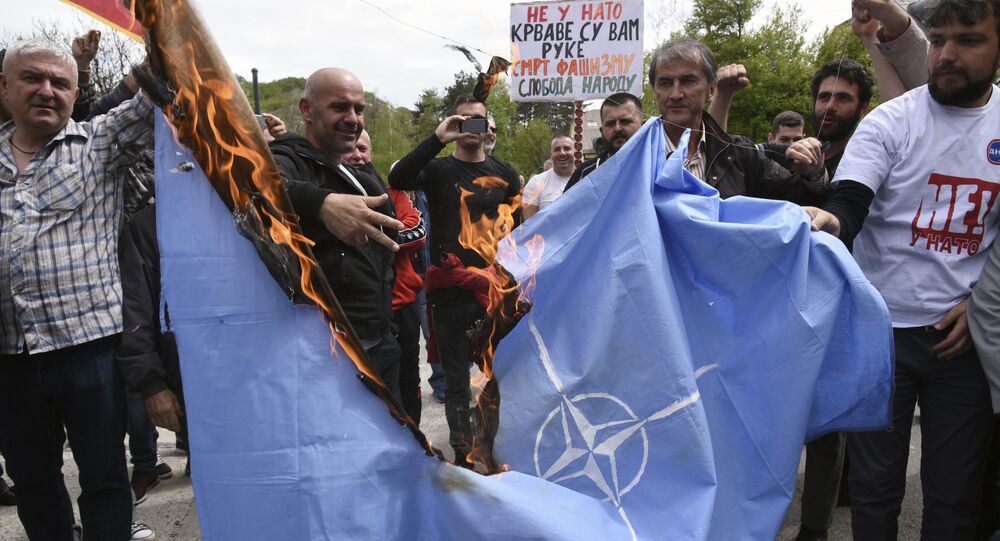 Montenegro's inclusion into NATO does not bolster the alliance's military capabilities and serves as a geopolitical project, the Russian foreign minister said.

"This is a geopolitical project at its finest, it does not strengthen the security of NATO, this is obvious. It probably leads to additional expenses for NATO countries because Montenegro will need to be developed in military and technical terms," Lavrov said.

Podgorica was invited to join the 28-nation military alliance in December 2015. Montenegrin authorities accepted the invitation that caused protests in the Balkan nation. On May 19, 2016, NATO member states signed the accession protocol. According to NATO's website, the accession process is expected to finish by June 2017.

© AP Photo / Risto Bozovic
Montenegro's Accession to NATO is 'One of the Biggest Betrayals in History'
On April 25, US President Donald Trump signed the protocol on Montenegro’s accession to NATO, which was the final step in ratifying the document.