A report by the Sydney-based Institute for Economics & Peace has revealed that in 2016, Ukraine lost over $66 billion, equivalent to over 20% of its GDP, due to the ongoing civil war in its southeast.

According to the Australian institute's 2017 Global Peace Index report, Ukraine is number 19 in the top twenty countries hardest hit in terms of the 'economic cost of violence', a measure representing the direct and indirect costs of violence.

The institute estimates that Ukraine lost the equivalent of $66.749 billion (PPP), or 20.4% of its GDP, on the direct and indirect costs associated with violence in 2016. Other countries in the top twenty include Syria, Iraq, Afghanistan, North Korea and Saudi Arabia.

© Sputnik / Maksim Blinov
Russia Cannot Implement Minsk Deal Unilaterally, Instead of Ukraine Leadership - Putin
Ukraine's total economic cost of violence last year is thought to have amounted to $1,571 (ppp) for every man, woman and child. For the record, Ukraine's estimated GDP per capita in 2016 amounted to $8,230. In nominal terms, GDP per capital was just $2,194.

In the same report, Ukraine was ranked among the top ten countries in the world in terms of the number and intensity of ongoing civil and international wars. Ukraine took 12th in the world in terms of overall militarization, outranked only by other states facing ongoing civil conflicts, plus major regional and global powers including the UK, France, the US, Saudi Arabia, Israel and Russia. 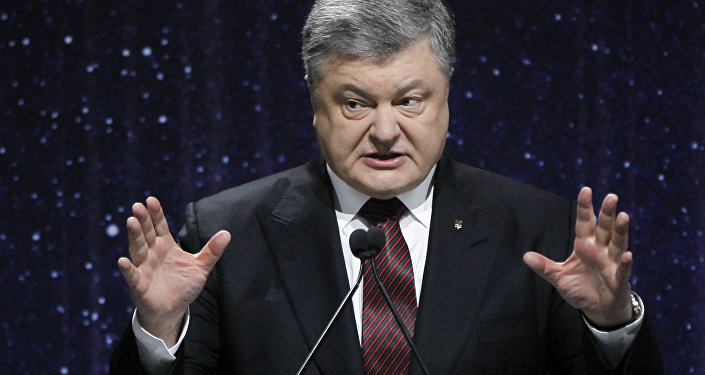 © AP Photo / Sergei Chuzavkov
Poroshenko Tells G7 Leaders Scary Stories About Omnipresent 'Kremlin Tentacles'
Tremendous economic losses notwithstanding, Ukrainian leaders have been in no hurry to implement the Minsk agreements, ostensibly aimed at ensuring a peaceful settlement for the Donbass conflict. Kiev signed on to Minsk in early 2015, but has since refused to initiate the necessary constitutional and other legal reforms which would ensure regional autonomy for the breakaway regions as they reintegrate back into Ukraine.

Instead, Ukrainian officials have blamed Russia, which isn't even a party to Minsk (but only serves as one of its guarantors) of failing to fulfil its obligations under the agreements. 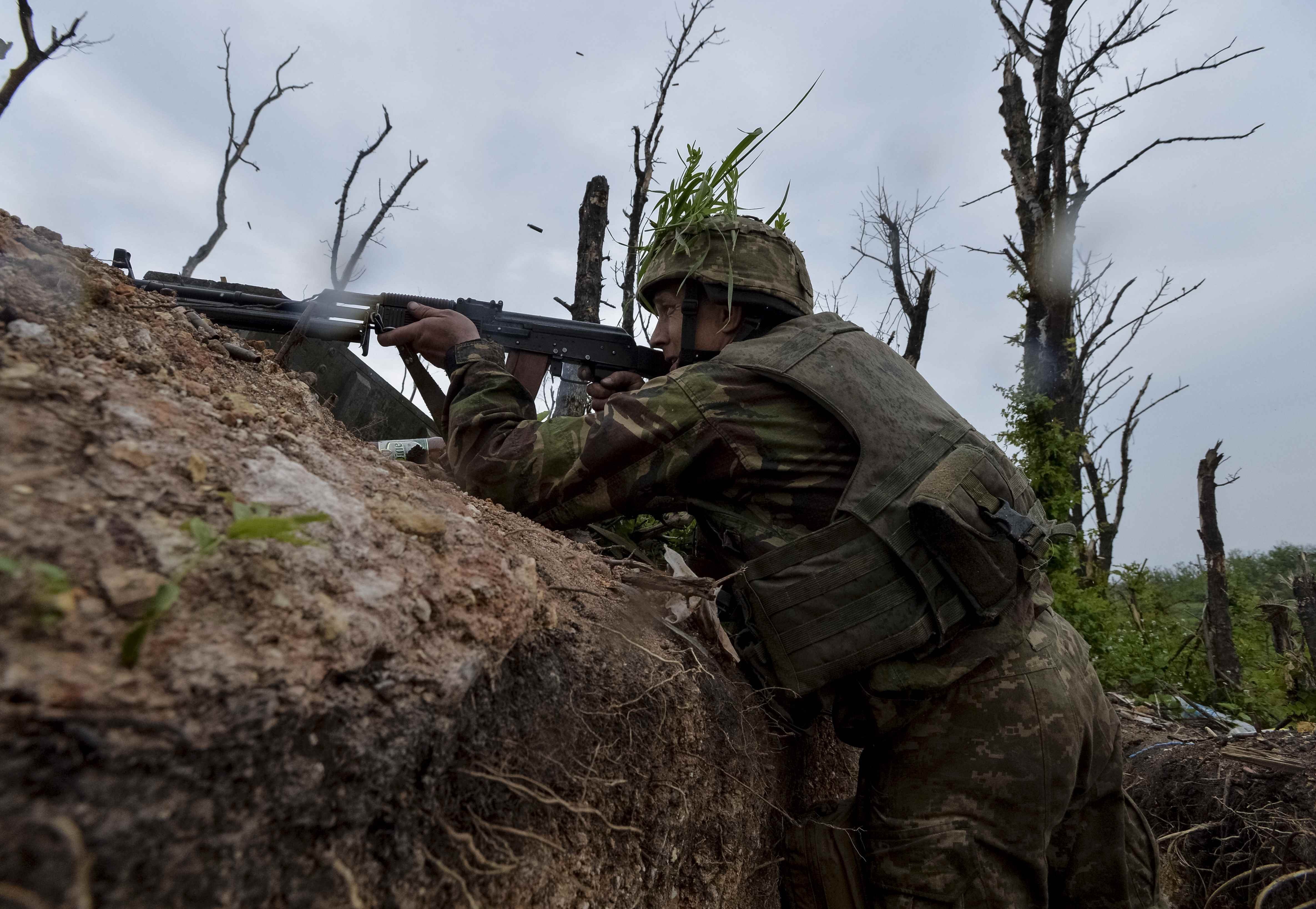 © REUTERS / Oleksandr Klymenko
A Ukrainian serviceman fires a machine-gun at his position on the front line at the industrial zone of the government-held town of Avdiyivka, Ukraine, May 22, 2017

Since 2015, a shaky ceasefire has generally held in the war-torn Donetsk and Lugansk regions, but both Kiev and local militia regularly accuse one another of violating the truce. Kiev in particular has been accused of deploying mercenaries and far-right wing paramilitaries under its command to the area. Russia has accused these and regular Ukrainian army troops of committing war crimes against the region's civilian population.

Meanwhile, Ukrainian officials continue waging a war of hostile rhetoric against the breakaway Donbass territories, and against Russia. Last week, National Security Council Secretary Oleksander Turchinov 'joked' that Kiev's war in Donbass would only end when the Ukrainian army reached Moscow. Before that, Rada lawmaker Dmitri Tymchuk said that Russia was afraid of a victorious advance by Ukrainian troops, boasting that the Ukrainian army could take all of Donetsk and Lugansk in five days.

© Photo : President of the Ukraine Press-Service
Ceasefire? Be Damned! Poroshenko Sends Soviet T-80 Tanks to Donbass
President Petro Poroshenko has been no exception. Last month, the president bragged about sending "another batch of beautiful T-80 tanks" to the front lines in Donbass. Before that, he claimed that the Ukrainian army was the only thing left standing in the way of a full-out Russian invasion of Europe.

The civil war in eastern Ukraine began in April 2014, when Kiev sent troops to quash protests that sprang up out of satisfaction to the new authorities in Kiev after the February 2014 Maidan coup d'état. The subsequent war in the Donbass has claimed the lives of over ten thousand people, with millions more internally and externally displaced.

Russian Investigators Launch 3 Cases Into Shelling of Civilians in Donbass