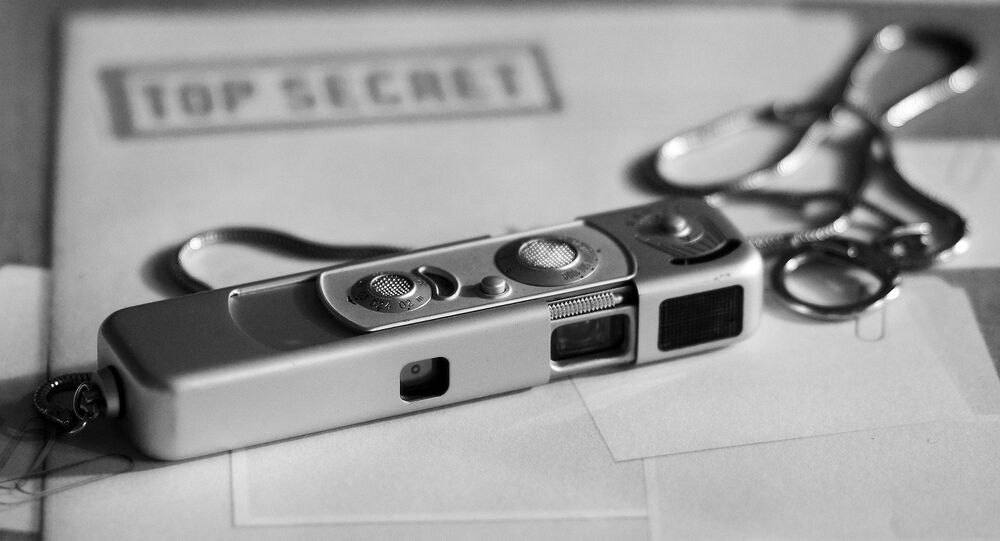 © AFP 2021 / MLADEN ANTONOV
Trump Nominates Richard Spencer to Be US Navy Chief
Edward C. Lin, 40, a US Navy Lieutenant Commander of Taiwanese descent, has made quite a colorful example of what a naval officer should not be, and will be sentenced for six years in prison for multiple reckless misdoings that include deliberate disclosure and two cases of improper handling of classified information, as well as multiple failures to report his foreign contacts and travel plans.

The court dropped additional charges of adultery and prostitution.

One of the cases became known during a court martial trial that happened earlier in May. According to the trial materials, Lin illegally transported a flight manifest and search and rescue codes in checked luggage during an international flight. The classified information was not secure and was discovered by a Homeland security officer.

Instead of contacting his command and finding out how he should deal with the situation, Lin made a brilliant decision: he simply handed the documents over to the HS officer and asked him to destroy them.

During the May hearing, Lin also admitted he kept a notebook of secret national defense information in his home while he lived in Honolulu; Lin wrote down secret information from memory, and the notebook was not kept in a security approved container.

​Lin also admitted to lying in his leave request paperwork. According to WKRT, Lin told his supervisor he was planning to return to his home in Alexandria during his vacation. Instead, Lin traveled to Taiwan where he proceeded to meet with the "US equivalent of the Chief of Naval Operations."

© AP Photo / Brennan Linsley
Chinese National Pleads Guilty to Economic Espionage in US
Actually, Lin seems to have found it quite easy to hide information from his command. He failed to report his ties to two Taiwanese naval officers, a US woman who worked in Washington as a lobbyist for a Taiwanese political party, and relationships with Chinese women. Lin was about to board a plane to go to one of the Chinese women when he was arrested.

In fact, Lin used classified information as a means to impress at least two women, one of them being the abovementioned Taiwanese lobbyist. Unfortunately, the wannabe lady killer ran into really bad luck when he tried to use the second trick on a girl he knew as "Katherine Wu," whom Lin believed to be a Taiwanese immigrant, but in reality turned out to be an undercover FBI agent.

Testifying before the court, Lin resorted to a very long and emotional statement telling the court almost the entire story of his life. For example, he told the court that his father, a Taiwanese, refused to talk to his son for three years when Lin joined the US Navy, as it is an occupation that is looked down upon on the island, according to Stars and Stripes.

He also said he was going through a divorce and believed "Katherine Wu" was a teacher also weathering a rocky marriage. According to Lin, she said her mother had died of cancer; Lin's mother, a teacher, met a similar demise, according to Stars and Stripes.

"His intention is to help someone like him, someone like his mother," said Larry Youngner, Lin's civilian attorney, who blamed Lin's actions on an emotional attachment.

The prosecutor, Capt. Michael Luken, demanded Lin be sentenced for 12 years in prison. According to Luken, Lin violated his trust multiple times and was "supposed to be setting an example."

He said Lin is still in possession of classified information that may harm the United States and has a demonstrated "inclination to talk."

However, military judge Cmdr. Robert Monahan sentenced Lin to six years, with three additional years pending if Lin violates the terms of plea deal. Lin will also receive credit for more than 600 days in detention he spent before trial.