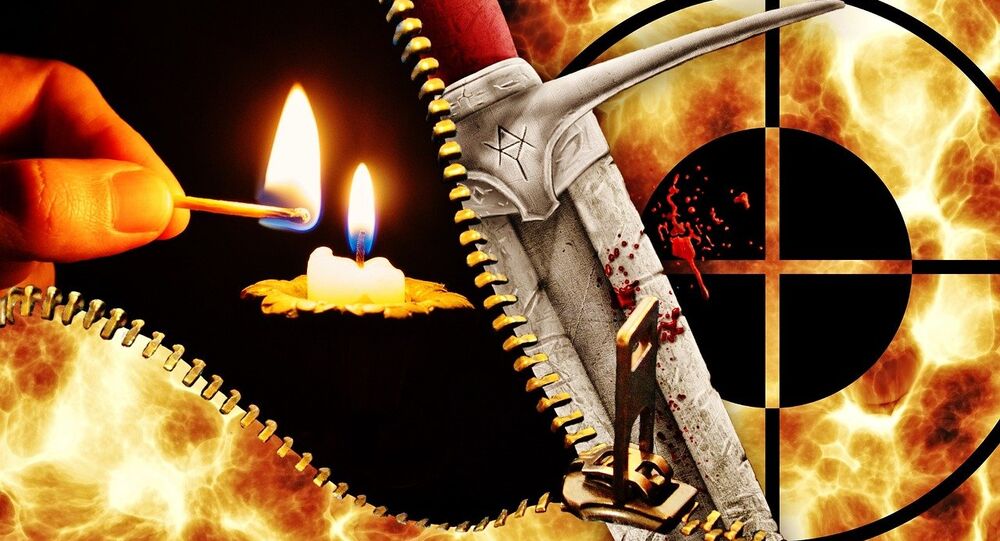 A Global Peace Index report by the Institute for Economics and Peace has found that worldwide terrorism has skyrocketed to an all-time high, and cost the world economy a whopping US$14.3 trillion in 2016.

The report on conflict and security demonstrates that world peace has been slowly eroding for the past ten years, in large part due to global terrorism, the preponderance of which is emanating from the Middle East and North Africa.

The study notes how the tragic decline in world peace has severely diminished the security of people in everyday life, despite societies making major improvements following World War II.

Since the year 2007, deaths by terrorism have hit the jaw-dropping crescendo of 900% in the 35 countries that are members of the Organization for Economic Cooperation and Development (OECD). Out of those members, 23 experienced terrorism related deaths over the past year. They include Turkey, France, Denmark and Sweden.

It is noteworthy that the United States has dropped 11 places in the study's ranking, shockingly hitting the bottom rank among all "developed" nations.

The rate of homicide has gone up in major US cities, and terrorism in the country has increased in unison, which can in large part be put down to attacks like that in a Florida nightclub, in which 49 people were killed. The report also outlines how political polarization in the US is fueling conflict between groups in society.

"The increased political polarity in the US is being experienced across the developed world. This is driven by underlying conditions of increasing inequality, rising perceptions of corruption, a lack of acceptance of rights of others, and falling press freedoms. These factors underpin the US decline in peace and signal potential future increases in instability and violence," said Steve Killelea, who partook in the authoring of the report.

The total economic impact of violence in the Untied States reportedly hovers around US$2.5 trillion, or 9% of the nation's gross national product, which is merely US$5,000 per head.

Unsurprisingly, Syria was ranked the least peaceful state on the planet due to the ongoing civil war and internal terrorism.

The benefit of investing in peace is clear: every $1 can lead to a $16 in the cost of armed conflict https://t.co/xtOJQ8hnH4 @GlobPeaceIndex pic.twitter.com/u5G87kr8ih

Worldwide, the number of fatalities from terrorism increased by 80% from last year.

Moreover, 500 people spread across 11 countries last year were killed by terrorist atrocities. These were concentrated predominantly in five countries: Iraq, Nigeria, Afghanistan, Pakistan and Syria, but also included Europe and the US.

Report: More People Killed by Violence in Brazil than in Syria