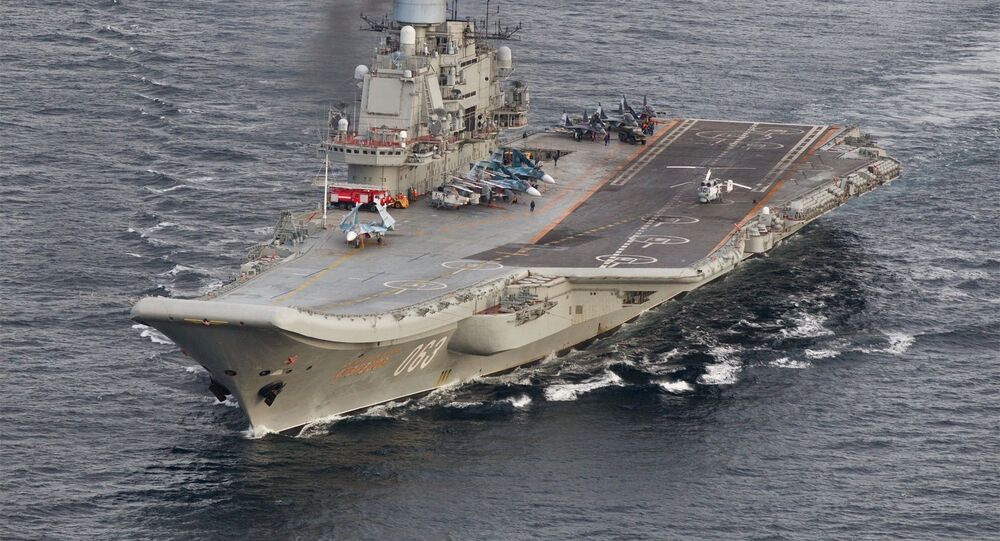 Russia’s Northern Fleet will be on combat alert in the Arctic Region on a regular basis, Fleet Commander Nikolai Evmenov said. According to military expert Alexander Mozgovoi, Russia is expanding its naval force in the region.

The Russian Northern Fleet will be on regular underwater and aerial combat alert in different parts of the Arctic Ocean. The task was assigned for the fleet for the second half of 2017, Fleet Commander Vice Adm. Nikolai Evmenov told journalists.

"We will establish our presence on a regular basis in different areas of the Arctic Ocean, including underwater and in the air. We will provide security of navigation along the Northern Sea Route," the commander said.

© AP Photo / U.S. Navy
Russia to Set Up Military Scientific-Testing Center for Arctic Zone
He added that Russia will also continue the exploration of the Arctic Region.

"There is a package of hydrographic and oceanographic activities, including scientific research on the refining of the borders of the territorial waters as well as the borders of Russia’s exclusive economic zone and continental shelf in the Arctic Ocean," Evmenev said.

In an interview with Radio Sputnik, independent military and naval expert Alexander Mozgovoi pointed out that Russia is strengthening its presence in the region.

"During the Cold War, the Arctic Region was patrolled underwater and from the air. Waters under the Arctic’s ice was an active arena of the Cold War. There were American, British and Soviet submarines. Of course, there was also aerial surveillance. There were specially designed aircraft, including the Tu-142 and the Il-38. But after the collapse of the Soviet Union those activities were significantly reduced," Mozgovoi said.

© Photo : Russian Defence Ministry
Phasing NATO Out of Arctic: Russia Arming Up Northern Fleet With Powerful New Weapons
According to the expert, Russia is currently reviving the activities launched back in the Soviet era.

"Submarines and aircraft control the waters bordering Russia’s territory in the Arctic," he said.

The expert noted that in addition to underwater and aerial activities, Russia will soon launch surface patrolling in the Arctic.

"The Ilya Muromets supportive ice-breaker is expected to enter service with the Russian Navy this year. Currently, its construction is being completed. It will be used to navigate warships and vessels in the Arctic waters. The first Russian patrolling ice-breaker will be also laid down this year. Russia has never had vessels of this type in its navy. The ship will carry heavy artillery and missile systems," Mozgovoi said.