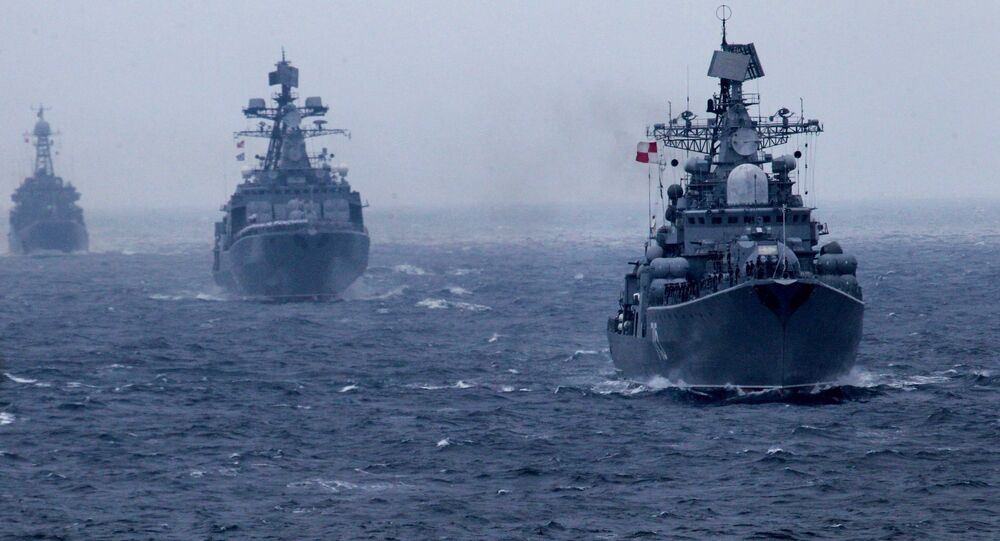 Russia’s Pacific Fleet is poised to take part in dozens of exercises in the next three months, the fleet’s spokesman said.

© Sputnik / Vitaliy Ankov
Guardian of the East: The Might of Russian Pacific Fleet
18
VLADIVOSTOK (Sputnik) — Russia’s Pacific Fleet is poised to take part in dozens of exercises in the next three months, including joint drills with Chinese, Indian and Japanese navies, the fleet’s spokesman said.

He said the war games would include Pacific Fleet submarines, coast guard and naval aviation. Warships and support vessels will continue carrying out overseas missions, including in the Mediterranean.

Navy Commander Adm. Vladimir Korolev said the Russian Navy will hold more than 30 exercises this summer, according to a statement circulated by the Defense Ministry. Over 150 warships, 40 marine units and 27 fleet units testing their preparedness in the drills, which will also take in the Arctic.