In an test designed to prepare for an attack from North Korea, the US successfully shot down a mockup intercontinental ballistic missile (ICBM) on Tuesday afternoon, but questions linger as to whether Washington can keep up with Pyongyang’s progress in missile and nuclear technology.

Missile Defense Agency director Vice Adm. Jim Syring called the $244 million test an "incredible accomplishment," stressing that the ground based missile defense (GMD) program is "vitally important to the defense of our homeland, and this test demonstrates that we have a capable, credible deterrent against a very real threat."

Rep. Adam Smith (D-WA) praised the test, telling CNN that, "after an investment of more than $40 billion since 2002, it's good that the Missile Defense Agency is finally doing a missile defense test against an ICBM target, some 13 years after the first Ground-Based Interceptor system's deployment."

"Flight intercept testing, particularly against realistic targets, remains a key element of the program to assess the effectiveness of our deployed missile defense system, as well as to demonstrate the capability and continue the development of such a system," Smith added.

The interceptor was launched from Vandenberg Air Force base in California.

Despite the praise there are concerns about the system’s consistency, as it has only destroyed about half the targets it has engaged in tests spanning the last decade.

"Based on its testing record, we cannot rely upon this missile defense program to protect the United States from a North Korean long-range missile," Philip E. Coyle from the Center for Arms Control and Non-Proliferation remarked. "In several ways, this test was a $244 million baby step, a baby step that took three years."

He pointed out that the mockup was easier to follow and neutralize because it flew slower than a North Korean ICBM, with a slower closure rate between target and interceptor as well.

Another major difference is that North Korean engineers have begun using solid fuel in their projectiles, allowing them to launch quickly and making it more difficult for Washington to be prepared.

Despite the GMD costing roughly $15 billion over the last 15 years, with the Missile Defense Agency spending about $190 billion overall since 1985, Physicist Laura Grego from the Union of Concerned Scientists said the program has really only produced what is "essentially an advanced prototype," according to Foreign Policy.

The exercise conducted Tuesday was the first test of a new 5-foot long "kill vehicle" that destroys oncoming missiles by steering itself directly into the target’s path. 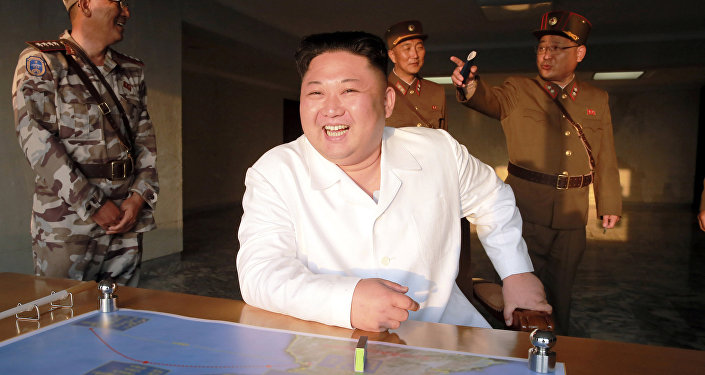 Among the 36 deployed interceptors in Alaska and California there are currently two kill vehicles in use, the CE-I and the CE-II. In the last four attempts to test the CE-I, only two have been successful, most recently in 2008. The CE-II has had only one successful test in three total attempts.

Tuesday’s trial comes after months of saber rattling between Washington and Pyongyang. North Korea continues its missile and nuclear weapons testing despite UN sanctions and international calls for denuclearization, and has claimed that it’s close to developing a nuclear-armed missile capable of striking the US mainland.