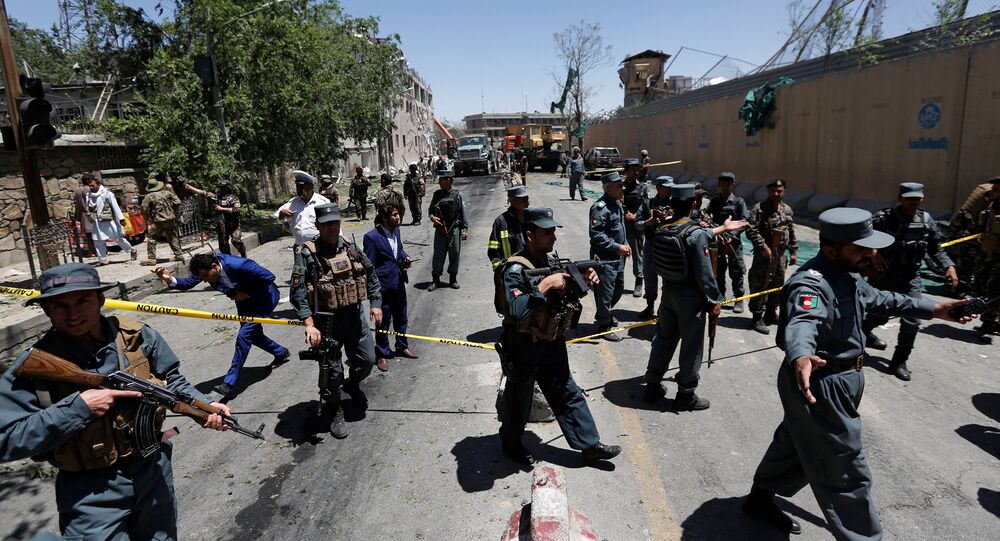 The latest deadly terror attack in Kabul reinforces NATO’s commitment to its Afghan partners, including the Afghan Security Forces, the Resolute Support mission said in a press release on Wednesday.

"We offer our condolences to the families of those killed and wish a speedy recovery to those wounded…Attacks such as these only serve to strengthen our commitment to our Afghan partners as they seek a peaceful, stable future for their country," the release stated.

Resolute Support noted that the Afghan Security Forces prevented the vehicle from entering the Green Zone, which houses diplomatic missions and the offices of international organizations.

The Daesh terror group (banned in numerous countries) has claimed responsibility for the attack, which is one of the deadliest since the US invasion of Afghanistan in 2001.