The Daesh terrorist group (outlawed in Russia) claimed responsibility for Monday's deadly attack at an arena in Manchester, England, but the US Intelligence Community has not yet verified that claim, US Director of National Intelligence (DNI) Dan Coats said in testimony before the Senate Armed Services Committee on Tuesday. 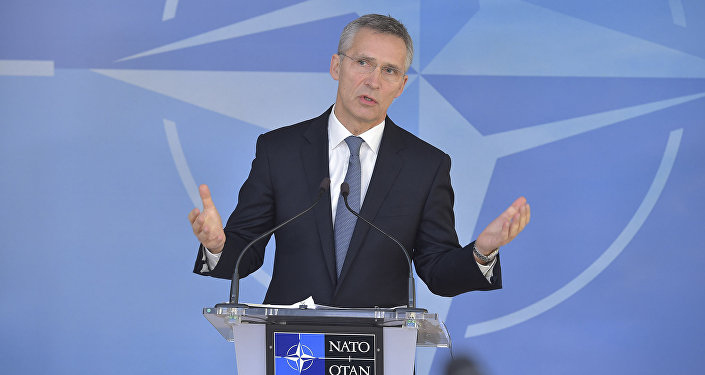 © Photo : NATO
NATO Secretary General Condemns Manchester Terror Attack
WASHINGTON (Sputnik) — The incident that claimed lives of at least 22 people and injured almost 60 more took place on Monday night when a deadly explosion hit the Manchester Arena at the end of US singer Ariana Grande's concert. The UK police confirmed the terrorist nature of the attack, adding that it was performed by one person, who died detonating the explosive device.

The Daesh terrorist group, which is outlawed in Russia among other countries, has already claimed responsibility for the deadly attack in Manchester, according to The Telegraph and other media outlets.

Dan Coats also said in his testimony before the Senate Armed Services Committee on Tuesday that he would speak to his UK counterpart about the deadly attack in an arena in the city of Manchester as soon as the hearing concluded.

"My direct discussion with my counterpart, he was actually briefing the prime minister at the time," Coats stated. "We have a call teed up as soon as this hearing is finished."

According to UK Prime Minister Theresa May, another attack was highly likely and the terrorist threat remained in place.

May said that the country's authorities had already held the meeting of the Cobra emergency response committee and would convene one more meeting later in the day.