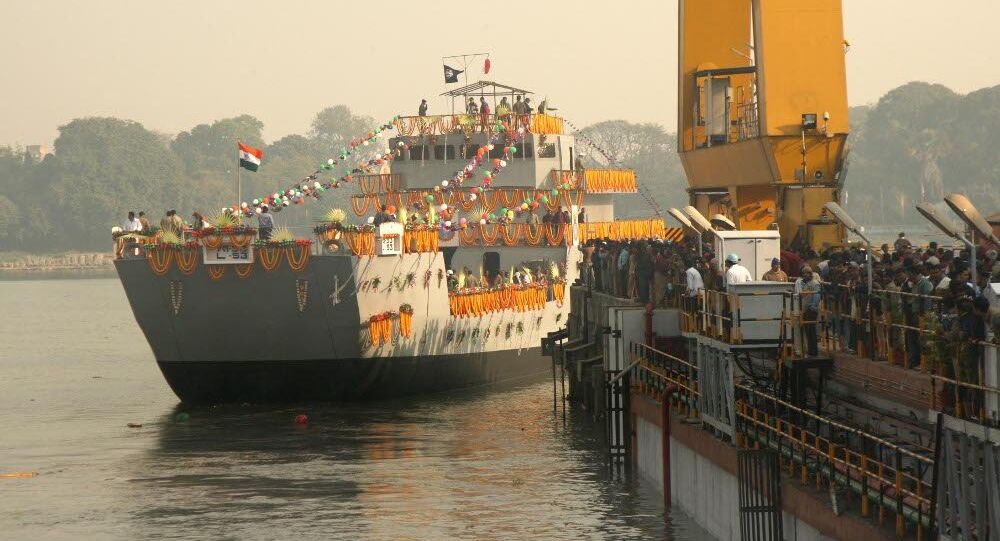 The Indian Defense Ministry has given an in-principle approval to a mega naval project worth more than $3.1 billion to provide critical support to troops in a war zone. The project will involve landing platform docks.

The Indian Navy has planned four 20000-30000 ton LPD for induction in the next decade. India's private manufacturers Reliance Defense and Engineering Limited (RDEL) and Larsen & Toubro (L&T) have cleared the financial and technical tests and have submitted commercial bids to the Indian defense ministry. L&T has a tie-up with Navantia of Spain and RDEL with DCNS of France.

"This is a very important project for the private defense firms because it's a project worth more than $3 billion. Ministry of Defense has decided to give the whole contract to the private sector shows the overcoming of trust deficit with private firms," Laxman Kumar Behera, Research Fellow at the Institute for Defence Studies and Analyses, said.

© Photo : Saab India / facebook
Indian Navy Looks to Buy Subsurface Vessels to Detect Undersea Threat
Under the 2013 tender, two LPDs were to be built by domestic private sector and remaining by a state-owned company. Now it has been decided to give the entire LPD contract to private players upon acceptance of their revised bids.

Approximately 200-meters-long diesel electric propulsion LPD ships will have the capacity to remain in the sea for at least 45 days. The ship would be equipped with a point defense missile system, close-in weapon system, anti-torpedo decoy system, chaff system, heavy and light machine guns. It is expected that LPD ships would be able to carry six main battle tanks, 20 infantry combat vehicles and 40 heavy trucks. Each ship is expected to carry 1,430 personnel, 470 sailors and 900 troops. The ship would have capability of simultaneous operation by day/night of special operation helicopters and large helicopters up to 35 tons.

Lack of technological experience, however, may create a major roadblock to complete the project in eight years' time. "Capability to absorb technology from foreign firms is really a big issue. However, the expectation that the private sector can do wonders from day one is a fallacy. They do not have much experience in the sector; that's true, but we should not be caught in the catch-22 trap that since they do not have the expertise, we should not give them a contract. Only after giving them the contract, can we expect them to develop capabilities. Anyway, the public sector has not been able to perform as per expectations," Behera said.