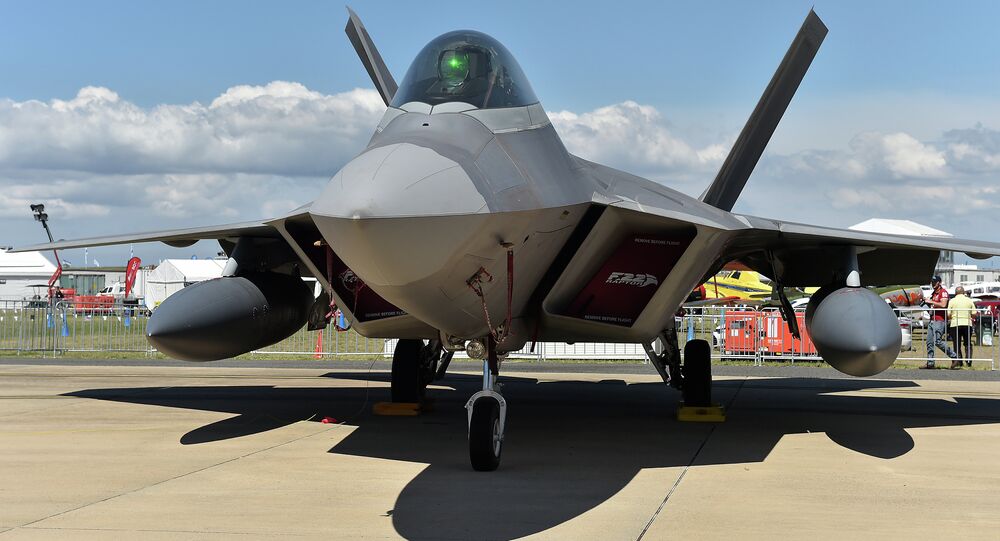 At the Lockheed Inlet Coating Repair Speedline facility in Marietta, Georgia, the company is tasked with restoring the inlets of 10 F-22s a year with new LO coating under the current contract, while the US Air Force will use their own organic maintainer staff to recoat inlets at the Ogden, Utah base.

John Cottam, Lockheed’s F-22 deputy program manager, told Defense News that the manufacturer would like to get an early start on recoating and maintaining the jets’ leading edges, work that originally wasn’t scheduled to begin until 2019.

"The gaps on an airplane are what raises the signature of an airplane," he explained, "so by putting these coatings or these gap fillers into the airplane, you’re helping the low observability of the airplane … It reduces the amount of corners and things that are picked up by radar."

The company is waiting for the Air Force to make a decision on the proposal, first submitted in late April, which would include applying “Mighty Tough Boot,” a product used to fill gaps on the F-22’s surface that that could make it visible on radar.

The F22’s rate of mission capability has fallen from close to 73 percent to 60 percent from 2014 to 2016. Air Force logistic chief Col. Michael Lawrence said this is due to a breakdown in the aircraft’s stealth coating.

"If the LO coatings aren’t doing what we need them to do, then the platform loses its ability to do its primary mission, which is get behind enemy lines without detection."

Lockheed was awarded a $40-million contract to recoat the Raptors, and the first aircraft started arriving in November 2016.

The company said in a statement at time, "Periodic maintenance is required to maintain the special exterior coatings that contribute to the 5th Generation Raptor's Very Low Observable (VLO) radar cross-section. The increase in F-22 deployments, including ongoing operational combat missions, has increased the demand for ICR."

Strength in Numbers: How US F-22 Raptor Could Be Defeated