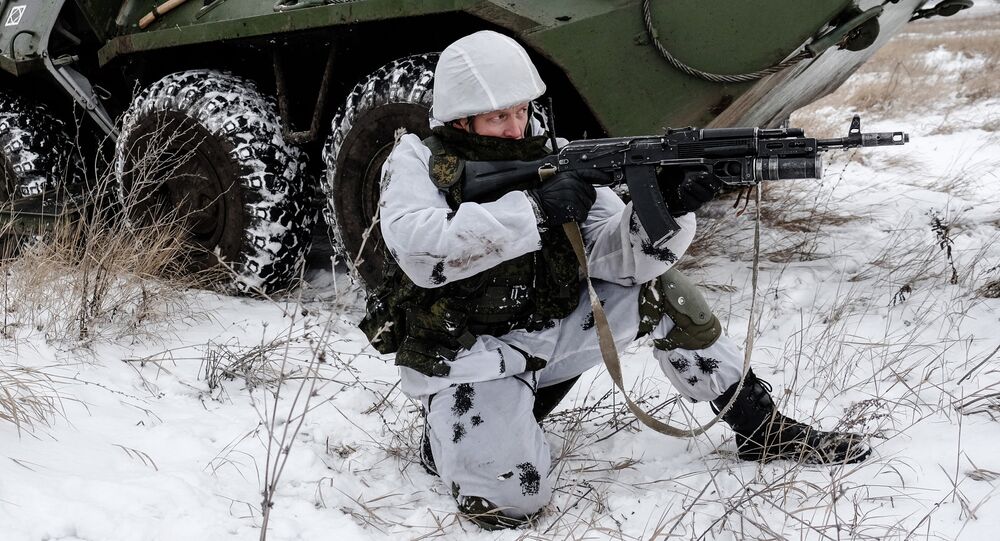 Russia's latest State Armaments Program plans to give the land and airborne forces extra funds to spend on state-of-the-art weaponry.

© Sputnik / Vitaly Ankov
111 Years of Naval Glory: Landmarks of Russian Submarine Fleet
Russia's program of military financing is set to give Land and Airborne Forces a budget boost to pay for a series of equipment upgrades, the Russian newspaper Kommersant reported on Thursday.

The Russian Ministry of Defense is currently drawing up its State Armaments Program for 2018-2025 and is looking to beef up the Land and Airborne Forces, which are slated to receive up to one quarter of the allotted funds.

A military source told Kommersant that the money will be spent on improving anti-aircraft and anti-missile defense, buying more T-90 and T-14 Armata tanks, the Kurganets-25 tracked modular platform and the Boomerang wheeled armored personnel carrier.

The State Armaments Program is worked out every five years, and the previous plan was drawn up for the period 2011-2020. The plan foresaw investment of around 20 trillion rubles ($351 billion) over that time period, 2.6 trillion ($46 billion) of which went to ground forces and paratroopers, 4.5 trillion ($79 billion) to the air force and 4.7 trillion ($83 billion) to the navy, RIA Novosti reports.

© Sputnik / Vadim Savitskii
A Bumerang (Boomerang) wheeled armored personnel carrier during the rehearsal of the Victory Day Parade in the Moscow Region
That allowed the army to improve its defenses with T-90 tanks, BTR-82A armored personnel carriers, BMP-3 infantry fighting vehicles, BMD-4M assault rifles, the Ratnik military equipment for service personnel and other modern equipment. However, the latest budget will give land forces the funds to invest in more cutting-edge technology.
Host photo agency
Kurganets-25 armored personnel carriers with medium-category caterpillar chassis at the military parade to mark the 71st anniversary of Victory in the 1941-1945 Great Patriotic War, May 9, 2016
In February, deputy defense minister Yuri Borisov said that by 2020, Russia is aiming for new equipment to make up at least 70 percent of the total at the armed forces' disposal.

Earlier this week it was reported that the first T-14 tanks, a third-generation tank based on the Armata platform, have been slated to enter service in 2020. The tank is currently undergoing military testing and boasts a revolutionary uninhabited turret, a 125 mm 2A66 smoothbore gun, dual-layered Malachit explosive reactive armor and the latest radar and telecommunications equipment.

© Sputnik / Iliya Pitalev
T-14 Armata tank of the Central Military District's Moscow Garrison during a rehearsal for the military parade to mark the 71st anniversary of victory in the Great Patriotic War, at Alabino training field in the Moscow Region
"The T-14, on the base of the Armata platform, is quite promising. Last year, the Ministry of Defense signed a contract for the supply of 100 tanks, so we can already talk about mass production," editor-in-chief of the Russian magazine "Armaments Export" Andrey Frolov told RIA Novosti.

Viktor Murakhovsky, editor-in-chief of the Russian magazine "Arsenal of the Fatherland," predicted that anti-aircraft will constitute a major part of the upgrade project.

© Sputnik / Ramil Sitdikov
A soldier in 'Ratnik' modern military garment
The military also hopes to kit out all land forces servicemen with the state-of-the-art Ratnik infantry combat system by 2020. The Ratnik gear is comprised of more than 40 components, including firearms, body armor, an optical array, communication and navigation devices, as well as life support and power supply systems. The armed forces are also developing the Ratnik-3 personal combat uniform, which will feature an array of unique integrated biomechanical tools, including exoskeletal elements.
...
Reddit
Google+
Blogger
Pinterest
StumbleUpon
Telegram
WhatsApp
366

Russia Could Aid Peru in Military Equipment Production and Maintenance