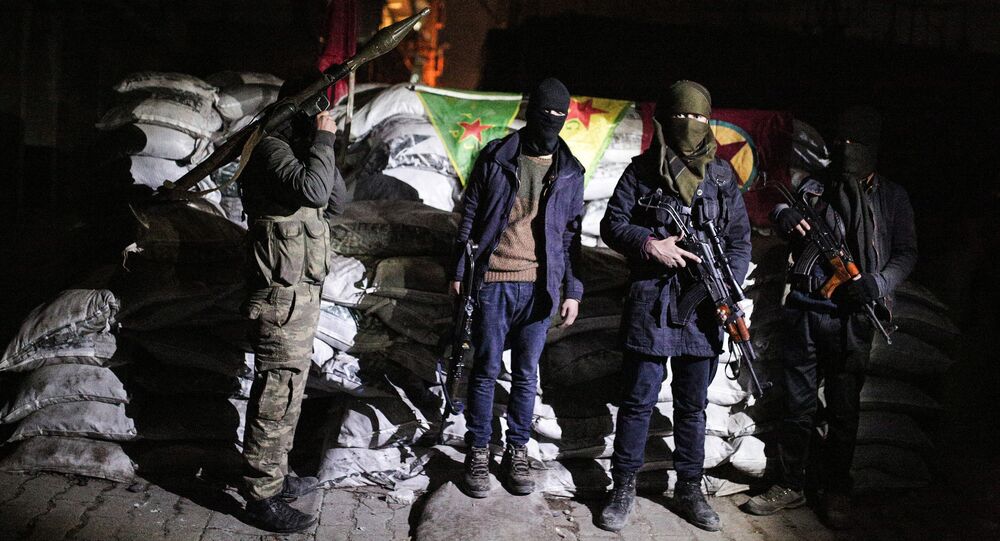 The order to directly arm the Kurdish People’s Protection Units (YPG) fighting the Daesh terror group (banned in numerous countries) in Syria was made by President Donald Trump, US special envoy to the coalition against Daesh Brett McGurk said in a briefing on Friday.

WASHINGTON (Sputnik) — When asked whether former President Barack Obama's administration approved the move to equip the YPG, McGurk stated, "No, that decision was made by President Trump."

On May 9, the Department of Defense announced that Trump administration would provide munitions to Kurdish elements of the Syrian Democratic Forces as necessary to "ensure a clear victory" over Daesh in Raqqa.

The decision sparked criticism of Turkish government officials. The country's Defense Minister Fikri Isik stressed last week that the US move would provoke crisis and would not benefit the region.

Ankara considers the YPG to be affiliated with the Kurdistan Workers Party (PKK), which is listed as a terror group in Turkey, the United States and the European Union.

However, the PYD and its military branch Kurdish People's Protection Units (YPG), as well as the Kurdish-led Syrian Democratic Forces have been receiving support from the United States in fighting Daesh terrorists in Syria.