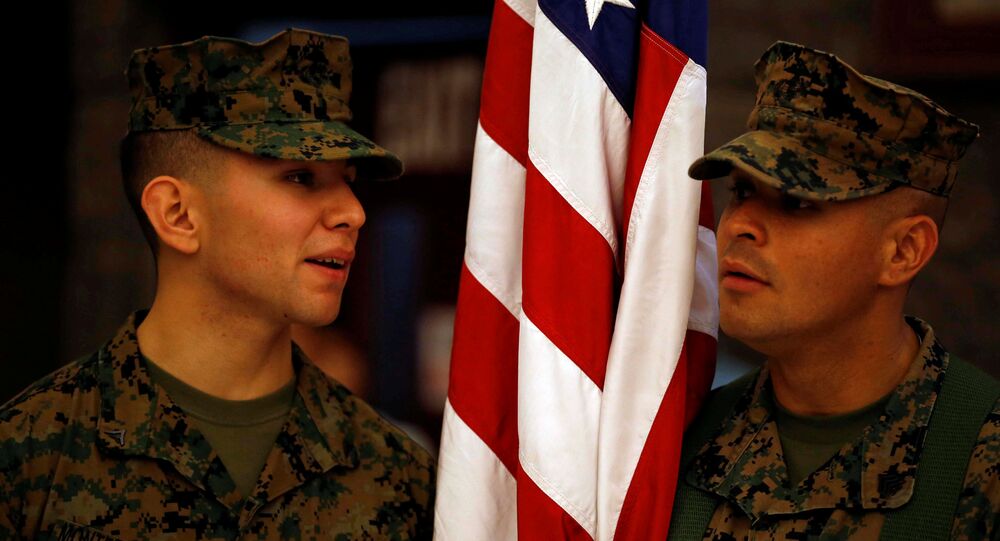 Sweden has lately been reinforcing its historic fear of Russia with unfounded speculations and fear-mongering. In a recent meeting with the US Secretary of Defense, where Sweden was promised US support in the event of Russian "aggression," Swedish Defense Minister Peter Hultqvist once again went over Sweden's anti-Russian narrative.

© AFP 2020 / Noella JOHANSSON / TT News Agency
Terrorist 'Mecca' Sweden Struggling to Prevent Attacks, Track Rejected Refugees
Yesterday was not the first time Peter Hultqvist visited the Pentagon, but it was the first time he met with Defense Secretary James "Mad Dog" Mattis. The starting point for the meeting was the agreement on in-depth defense cooperation, which was signed last year with Former US Defense Minister Ashton Carter.

"I am pleased to witness such a strong reciprocal desire to develop this agreement in concrete terms, and that there is a fundamental stability from both sides in their view of the agreement," a pleased Peter Hultqvist told Swedish news agency TT after the meeting.

This landmark agreement, aimed at improving bilateral cooperation in training, equipment, and research, was seen as a step away from Sweden's traditional non-aligned status, which has been the foundation of the country's foreign policy for ages. Given the Swedish media's ways of trumpeting about the fictitious Russian "threat," more voices are being raised in favor of increasing defense cooperation and ultimately joining NATO.

In recent years, Swedish politicians and government media have stepped up their anti-Russian narrative, portraying the ludicrous perspective of a Russian attack against Sweden not as a far-fetched scenario for military drills, but as a looming possibility. In a recent interview with the Swedish daily Göteborgs-Posten, Peter Hultqvist accused "Putin's Russia" of having superpower ambitions and working to undermine the world order. He also ventured that it was "no secret" that the Russians want to "split the West in different ways."

© CC0 / NNSA / Nevada Site Office / The BADGER explosion
Sweden Renews Nuclear War Risk Studies Amid US-Russia Impasse
During the visit, James Mattis soothed his Swedish counterpart, ensuring him of US support "if Russia were to attack."

"We will stand by Sweden and all other democracies. Sweden is not a NATO member, but it is still a friend and an ally from our point of view," James Mattis said, as quoted by Dagens Nyheter.

The next opportunity for the US to demonstrate its commitment will arrive in autumn at the Aurora military exercise, which is expected to become Sweden's largest in decades. Aurora 2017 will involve nearly 20,000 troops (one quarter from Sweden's Home Guard) and 40 authorities and will be conducted in the air, on the ground and at sea in central Sweden, the Stockholm area, on and around the island of Gotland, and in the vicinity of Gothenburg. The US will contribute 1,000 soldiers, as well as off-road vehicles, Apache attack helicopters, Chinook transport helicopters, as well as two destroyers.

© Photo : Forsvarsdepartementet (Norge) facebook
Sweden Pals Up With Norway Against Russia, Hails US
Recently, Russia has become a commonly used scapegoat for Swedes, and is blamed for all the things done and undone, regardless how implausible it may seem. Prior to the exercise, Peter Hultqvist chose to specifically warn of Russian cyberattacks to disrupt the maneuvers or spread false information. Similarly, Swedish politicians started bracing for "imminent" Russian "election hacking" one year before Swedes will actually cast their ballot.

In September, the Russian exercise Zapad ("West"), which is held once every four years, will almost coincide with Sweden's Aurora. However, Hultqvist specifically ruled out any military cooperation with the Russians.