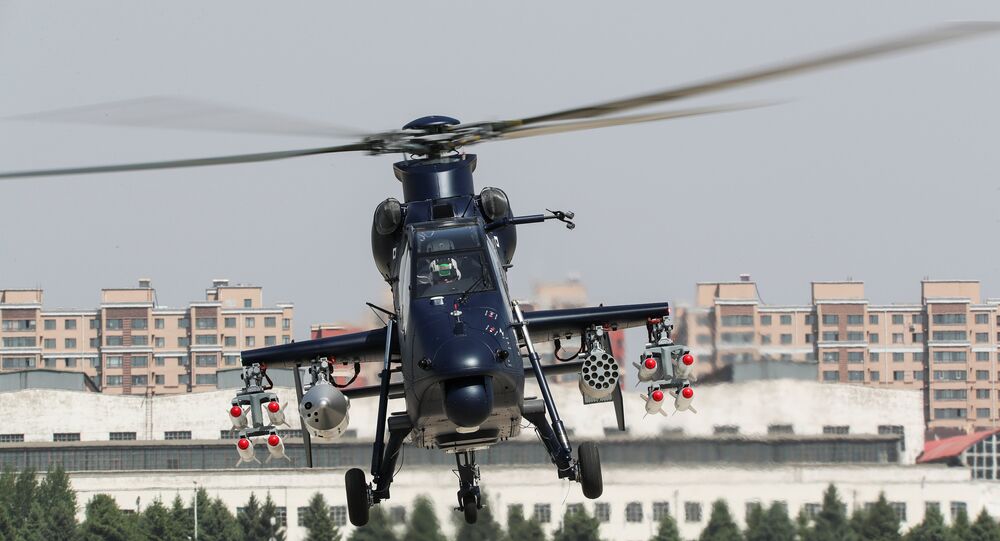 The Z-19 helicopter conducted its maiden flight Thursday morning over the city of Harbin in northeastern China.

State-owned AVIC Harbin Aircraft Industry developed the Z-19E attack chopper with the intention of selling it to foreign clients. The Z-19E is “the first export-oriented helicopter made especially for attack purposes,” Chinese media reported.

It will mainly fill capabilities gaps for foreign militaries seeking ground-target strikes. The helicopter is armed with anti-tank and anti-armored personnel carrier munitions, Xinhua reported. It will also be able to work with special operations forces in reconnaissance missions, Defence Blog noted.

China “demonstrated that it was willing to provide arms to both combatants [in the Iran-Iraq war] in quantity and without conditions,” according to a US Congressional Research Service report. Historically, Pakistan has been China’s biggest client for defense equipment, the brief said.

“Most Chinese weapons for export are less advanced and sophisticated than weaponry available from Western suppliers or Russia,” the research service said.