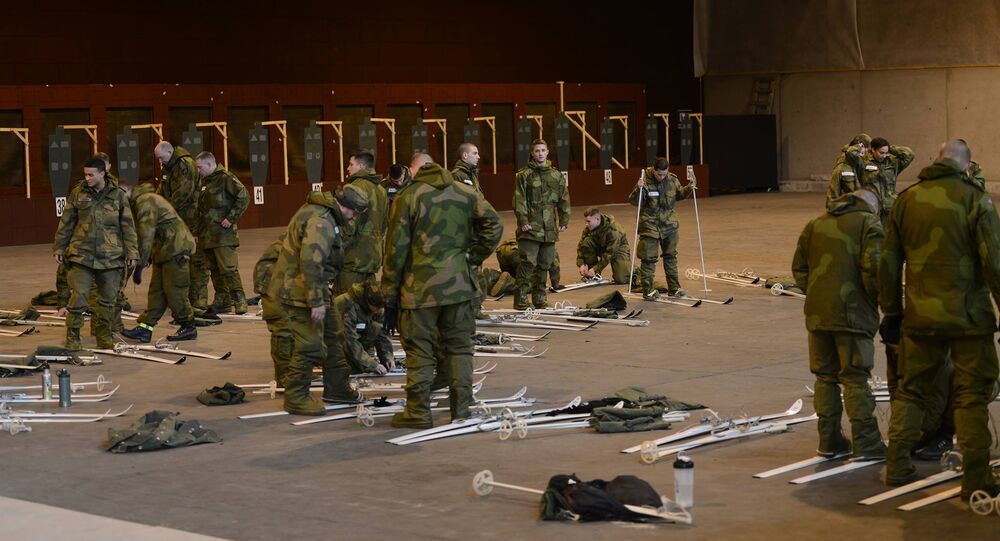 Hundreds of soldiers from the US Marine Corps landed in Norway earlier this year to protect the Nordic country from the perceived Russian threat. However, they were faced with a more extreme (and real) threat, which they so far have no answer to.

© CC BY 2.0 / Minnesota National Guard
US Marines Hanker for Norwegian Base to Become Major Hub in Europe
US Marines from the Værnes garrison that took part in the exercise Joint Viking near the Norwegian-Russian border found their cold-weather gear unfit for the extreme Nordic cold and may be facing an equipment overhaul. The drills held in the snow-covered barren Arctic landscape helped reveal crucial deficiencies in the US Marines' equipment.

Much of the gear was previously routinely used by Marines for mountain warfare training, although on much lower latitudes, namely Bridgeport, California. A plunge in the Nordic cold, arguably the toughest test so far, unearthed key problems with the equipment. According to the website Military.com, the troops deployed as part of the Marine Rotational Force-Europe repeatedly struggled with inflexible zippers, seams that separated and tore, pack frames that snapped, and boots that pulled loose from ski fastenings over and over.

The stitching and zippers proved particularly susceptible to tear, and were reportedly ripping at the seams when Marines attempted to add more warm layers as taught. Jonas Rydholm, cold-weather gear expert of the Swedish company Taiga (which sells its equipment in the US under the brand of Torraka), argued that the US Marines utilized the wrong principle of dressing in layers, which doesn't help combat extreme cold. Rydholm told the website Defense News that the heavily-dressed Marines looked like "Michelin Men." Instead, he noted, the key to success is to isolate the heat and moisture coming off the body, to prevent it from freezing inside the multiple layers.

"After this incident, the Pentagon, which does not stint its praises of the ‘best' army in the world, must be burning with shame. Their equipment could not stand temperatures below minus 45 degrees, and the marines failed to keep themselves warm with parachute cloth. These so-called ‘elite troops' got so frozen inadequate uniforms that they refused to carry out combat training tasks, and to somehow keep themselves warm made a bonfire in an open area, which is a gross violation of the military regulations. These are also the same US soldiers who are going to defend US interests in the Arctic. How on earth are they going to fight if needed? Minus 45 for the Arctic is far from the limit there, minus 60 degrees is not uncommon," military observer Viktor Baranets told Sputnik Radio.

Currently, Marine cold-weather gear consists of a Gore-Tex overlayer and a series of base, insulating, and waterproof warming layers, which can be worn in accordance with conditions and the Marine's preference.

Yet another complaint many US marines had in common after the hump though the Norwegian wilderness, involved plastic pack frames that became brittle in the cold. Dozens of new pack frames had to be ordered to replace the ones that failed as the temperatures plummeted. Another option was to employ improvised makeshift solutions made of cord and duct tape.

Major General Niel Nielsen, the commanding officer of the Marine Corps Forces Europe, called this experience a "lesson learned" and promised to fix the gear problems.

A total of 8,000 troops, including 700 soldiers from the US Marine Corps, US Army and the British Royal Marines, which have been integrated into Norwegian units, took part in this year's edition of Norway's largest exercise Joint Viking.

In early 2017, over 300 US Marines from Camp Lejeune, North Carolina, were stationed in Norway on a rotation basis. While Oslo made it clear that this was not a permanent solution, the US Marine Corps voiced plans to increase its presence in Norway, effectively making Værnes its major hub in Europe.