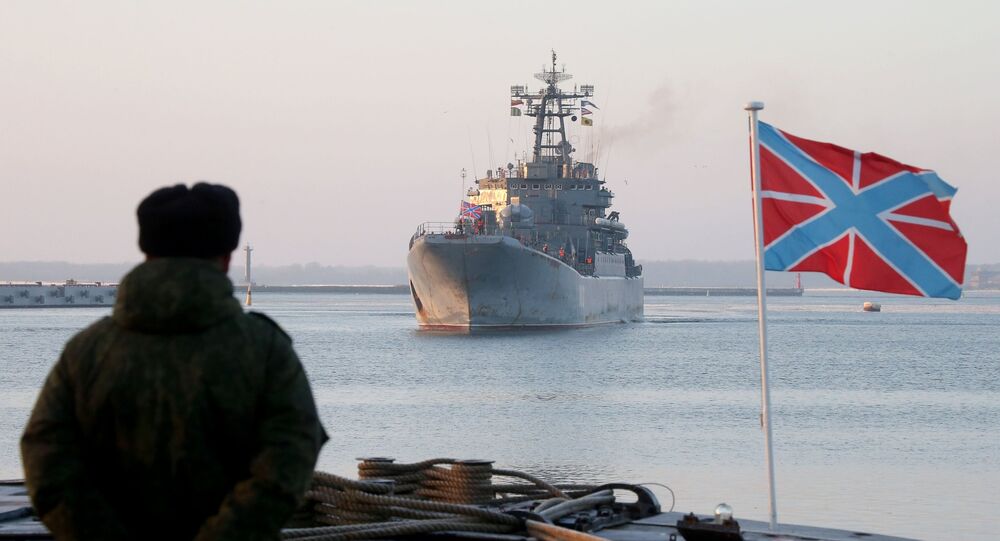 The Baltic Fleet is already a force to be reckoned with, but it will become a more formidable opponent in the near future since by the end of 2017 it will receive a brand new fast attack guided missile craft, Sukhoi Su-30SM multirole fighters and five support vessels while improving its infrastructure.

The Baltic Fleet has returned to strategically important areas of the Atlantic Ocean and beyond. For instance, the Yaroslav Mudryy frigate has ensured safety of navigation in the Horn of Africa and the Mediterranean Sea for nearly a decade. The Neustrashimy-class frigate is capable of protecting a naval task force from subsurface and above-water threats. The ship is designed to search, locate and track submarines, carry out strikes against other ships, support land-based troops and assist landing operations.

The Baltic Fleet has been reinforced by the Steregushchiy class of corvettes, with four vessels, comprising the Steregushchiy, Soobrazitelnyy, Boikiy and Stoikiy, already in service. This is the newest class of corvettes in the Russian Navy which boasts stealthy capabilities. In addition, the Baltic Fleet has received the upgraded Buyan-class corvettes outfitted with advanced Kalibr-NK cruise missiles.

© AFP 2020 / GREG WOOD
What Was a US Spy Plane Searching for Along Russia's Borders on V-Day?
In late 2016, the Alexander Obukhov minesweeper joined the Baltic Fleet. This ship, designed by the Almaz Central Marine Design Bureau, has a unique fiberglass hull, which decreases the weight and extends the life cycle of the vessel.

Russian forces deployed to Kaliningrad, where the Baltic Fleet is headquartered, include the K-300P Bastion-P and the 3K60 Bal coastal defense missile systems, the Iskander-M mobile short-range ballistic missile complex, as well as the S-300 and S-400 missile defense systems.

"The Baltic Fleet celebrates its 314th birthday on May 18. Like three centuries ago, an opponent, or an unfriendly military bloc to be more precise, has posed a threat to this force," Khrolenko said, referring to NATO. "On May 8, war-games featuring approximately 9,000 service personnel and military hardware of the alliance were launched in Estonia, the largest military exercise in the country's history. Almost simultaneously, NATO drills were also kick started in Poland. These war-games simulate a hybrid war with Russia, of course."