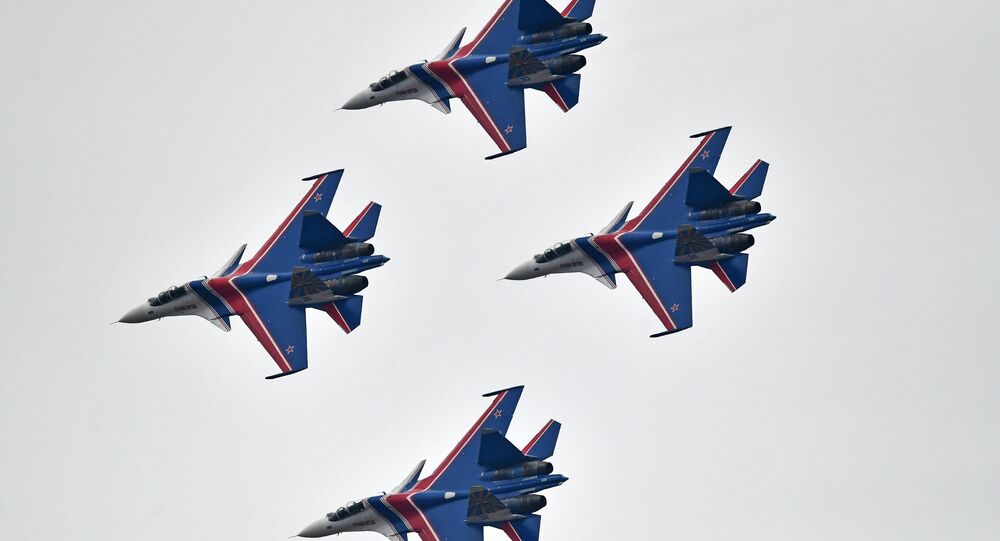 A total of 39 Russian military aircraft will take part in the third International Army Games (IAG) set to be held on July 29 - August 12, Chief of the combat training of the tactical aviation of the Aerospace Forces Main Command Maj. Gen. Oleg Makovetsky said Wednesday.

"The participation of 39 Russian aircraft of all kinds of aviation is planned. The flight will be carried out from the Knevichy aerodrome in the Primorsky Territory to the Chinese base of Changchun. Flight days — August 5 and 6," Makovetsky said during a meeting with foreign military attaches from 32 countries.

© Sputnik / Evgeny Biyatov
Almost 30 Countries to Participate in International Army Games-2017 - Russian Military
Earlier in the day, Chief Referee of the International Games-2016 Maj. Gen. Dmitry Gorbatenko said 28 countries had already confirmed their participation in the games, which would take place across Russia, Belarus, Kazakhstan, Azerbaijan and China, but the final list of participants had not been confirmed yet.

Last year's event, hosted by Russia and Kazakhstan, featured competitions in 23 disciplines and teams from 19 countries.

Supermaneuverable Beasts: Russia to Supply 10 Su-35 Jets to China in 2017