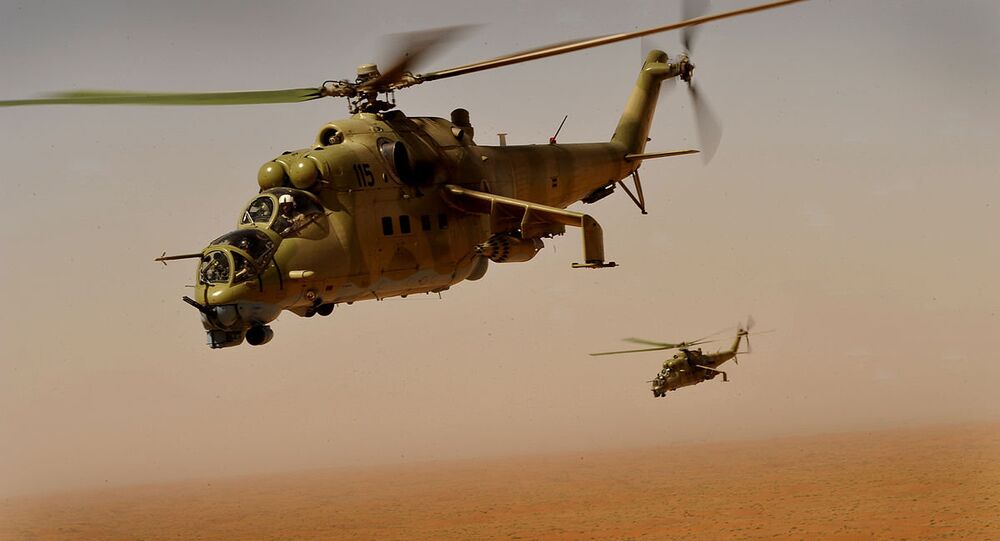 Russia is not planning to organize new deliveries of helicopters to Afghanistan through the United Nations, Sergey Yemelyanov, director of department for aviation industry of the Russian Ministry of Industry and Trade said Tuesday.

MOSCOW (Sputnik) — In late March, though, the CEO of the company Russian Helicopters, Andrey Boginsky, told Sputnik that Moscow and Kabul were discussing through state intermediary agencies possibility of delivering Russian helicopters to Afghanistan.

"As you know, the first delivery of helicopters to Afghanistan was carried out through the UN Security Council. As far as I know, new supplies are not on the agenda at the moment," Yemelyanov said.

In August 2016, the Russian Foreign Ministry's Director of the Second Asian Department, Zamir Kabulov, said that Russia and Afghanistan were discussing various formats for delivering Russian Mi-35 Hind attack helicopters to Kabul. According to Kabulov, Afghanistan would like to receive the aircraft as close to "free of charge" as possible, while Russia insists the deliveries be on a commercial basis.

In February 2016, Kabulov said that Moscow was not entertaining new deliveries of Mi-35 helicopters to Afghanistan, but rather the completion of old contracts, particularly one signed in 2002. However, the 15-year-old contract has not progressed, as the United States has not financed the deal as agreed in the contract.

Safety in Numbers: Afghanistan Turns to Russia for Security Assistance