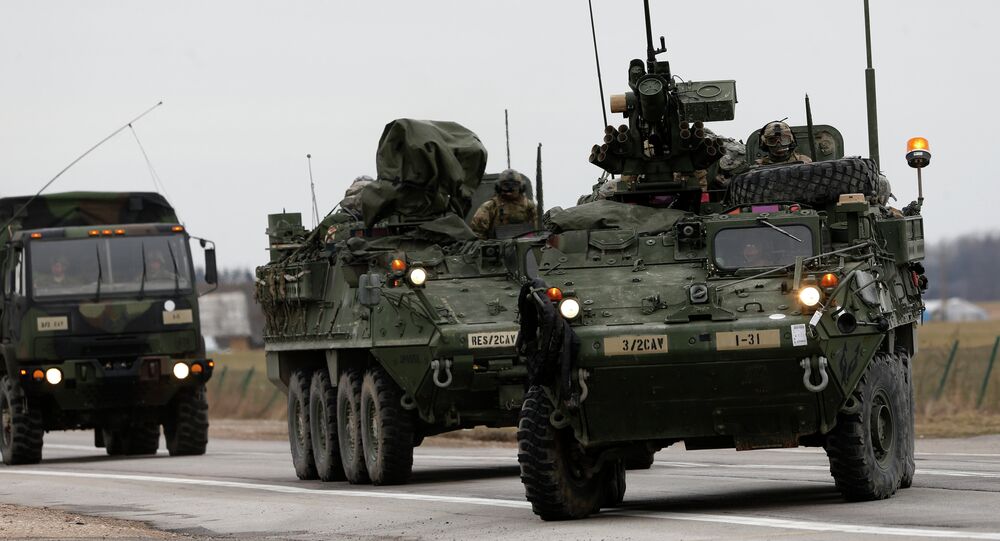 A German-based US Army cavalry regiment is testing a survivability upgrade for the Stryker combat vehicles as part of European training exercises designed to counter Russian weaponry.

Currently the vehicles are engaged in force-on-force exercises with partner nations in Hohenfels, Germany, where they will stay until June being formally evaluated. The service will then decide whether it wants to acquire the camouflage system.

The mobile system acts as a "uniform skin" for the Strykers, according to Caldwell, helping the vehicles blend in with their surroundings. It includes technology designed to improve the Stryker’s signature management when dealing with radar, near and short-wave infrared sensors, and long and mid-wave thermal sensors.

Caldwell told Defense News, "There is nothing out there currently — even advanced signature management systems — that can make a tank disappear.” But, he said, “we are kind of peeling back the survivability onion. If we are able to keep a system or a vehicle from being identified, seen or targeted, then we’re going to increase the survivability and give that crew a chance to make a decision. Do they engage the enemy? Do they reposition the vehicle? It gives them those crucial minutes and seconds in order to make a decision."

The service’s concern with survivability stems from a fear that US combat vehicles won’t be able to measure up to Moscow’s, after seeing Russia’s upgraded vehicles in 2015 during reunification efforts in Ukraine.

Army Vice Chief of Staff Gen. Daniel B. Allyn said at the time, "The Russians, it turns out, had upgraded and fielded significant capabilities while we were engaged in Iraq and Afghanistan," which put US Strykers at an “unacceptable risk," according to the service’s website.

The Army plans to spend $300 million on upgrades to 83 production vehicles and spares as well as eight prototypes, and already has the funds for the Stryker fleet’s 30 mm cannons.

Caldwell said it took troops about a day to integrate the MCS into the four Strykers after some instruction from Saab, explaining that the “skin” can be removed and reattached to other vehicles to suit different environments.

He said, "The ones we chose to cover were the ones the command felt were some of the more vulnerable piece[s] of equipment, mostly due to their mission and how they conduct their mission."

US Army Orders Additional $497 Million in Services From Eight Contractors