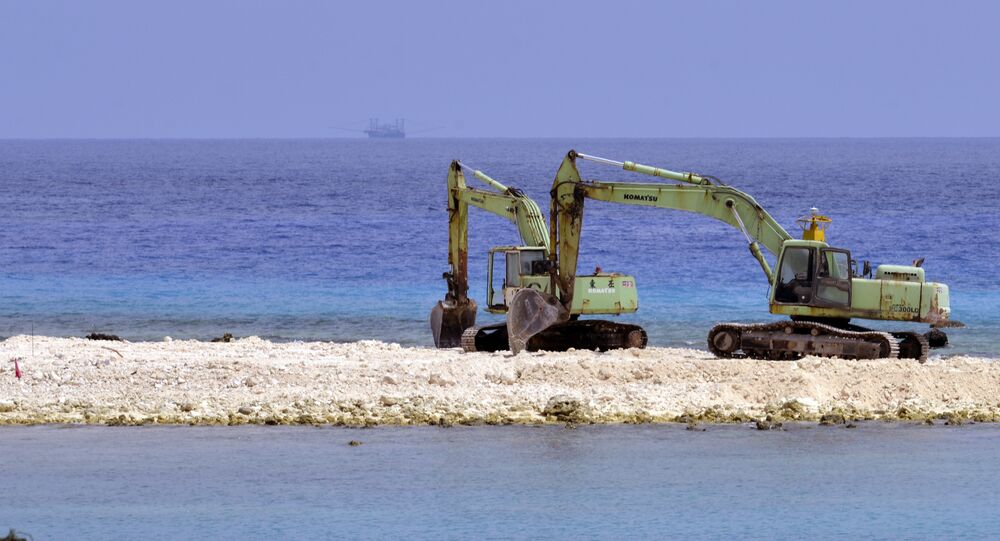 Satellite images captured on Monday show Chinese military installments being placed on a crucial islet in the contested waterway.

The People’s Liberation Army of China has a naval base on Hainan Island, and since March, several missile launchers have been placed at the base, according to a Defense News report.

“The direction in which the launchers are facing leads us to believe these are shore-to-ship missiles,” imagery analyst Amit Gur told the news outlet, adding that the missile systems are now “clearly visible.” What is less clear is whether the missile systems were just brought out from storage at the Yulin Naval Base or delivered as brand new systems. “We just don’t know if they are new systems,” or “the ones that were stored during the renovation,” Gur noted.

The missile systems can serve as an avenue for Beijing and the PLA to project power far away, the analyst said.

The Philippines, Vietnam, Indonesia, Brunei and China all have territorial claims to islands within the region that China currently controls from Hainan.

On Monday, US Pacific Fleet Commander Scott Swift claimed that the US still intends to challenge Beijing in the South China Sea, even though the Pentagon has denied multiple requests made by the US Navy to conduct freedom-of-navigation operations there.

The US under President Donald Trump has not yet produced a firm stance on how it will operate in the South China Sea. Swift is “not surprised that process [of shaping policy] has continued in a dialogue as the new administration gets its feet on the ground and determines where would be appropriate to take advantage of these opportunities and where we may want to wait.”

It’s not entirely clear what comprises these “opportunities.”

Indonesia Steps Against 'Any Power Projection' in South China Sea