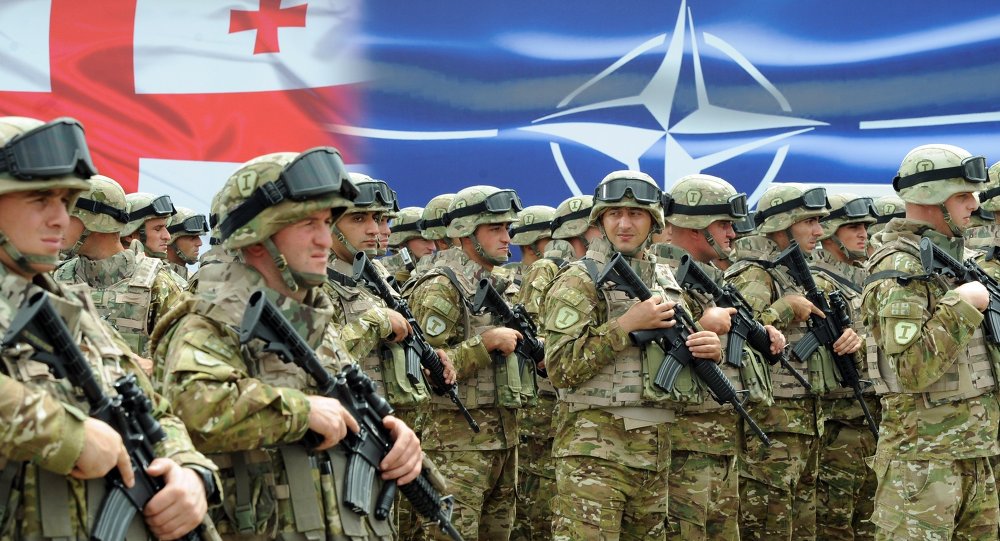 US Vice President Mike Pence has reaffirmed US support for Georgia's integration into NATO, the White House said in a press release.

WASHINGTON (Sputnik) — US Vice President Mike Pence in a meeting with Georgian Prime Minister Giorgi Kvirikashvili on Monday expressed the support of the United States for Georgia's aspirations to join the North Atlantic Treaty Organization (NATO).

"[Pence] reaffirmed US support for Georgia's decision to pursue integration into Euro-Atlantic institutions, including NATO," the release stated.

During the meeting, Pence and Kvirikashvili agreed to continue looking for additional ways to improve the two countries’ economic and trade partnership.

The leaders also reasserted the US-Georgia continuing strategic cooperation, including on the issue global security, the release added.