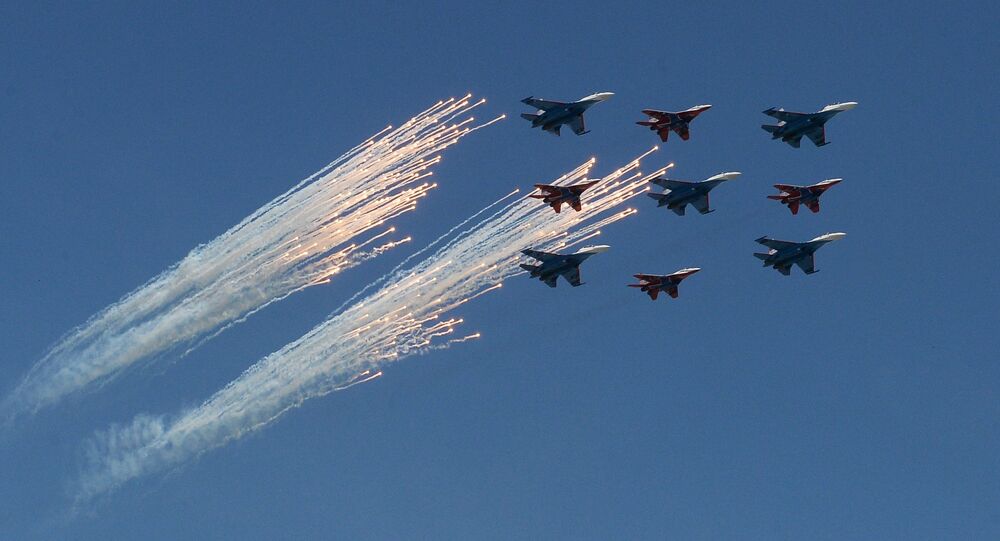 A total of 72 military helicopters and planes will fly over the Red Square and Kremlin in Moscow on May 9 as part of the WWII Victory Day Parade.

“The most advanced types of aircraft operated by the Aerospace Forces will be demonstrated…. For the first time our Russian Knights will fly over on the Su-30SM jets. The group has already retrained to this type and performed in this composition,” Bondarev told Rossiya 24 broadcaster.

May 9 is widely celebrated as Victory Day over Nazi Germany in World War II in Russia and former Soviet republics.