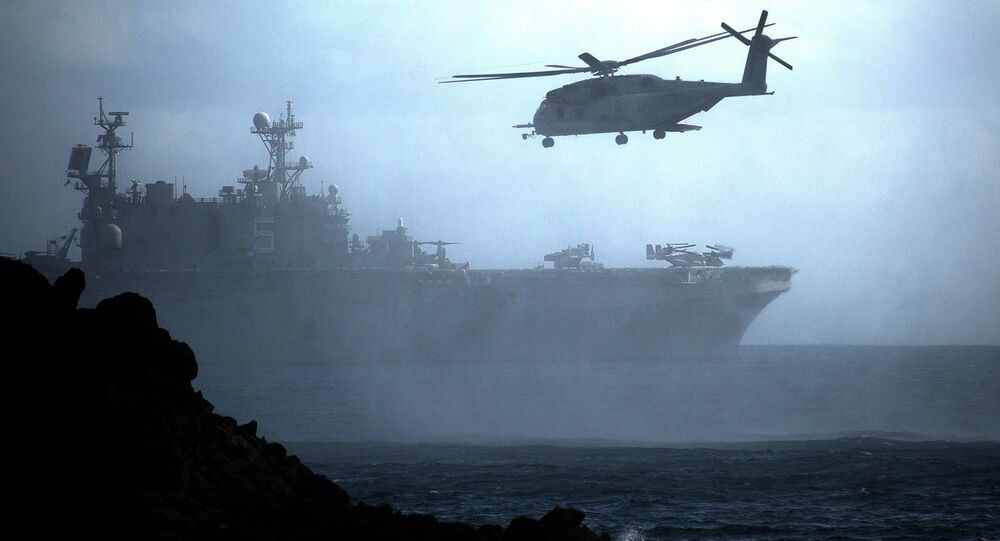 The US Department of Defense (DoD) ostensibly plans to increase its footprint in Asia by allocating nearly $8 billion on modernizing military infrastructure, carrying out more war-games and deploying additional forces to the region. The move comes at a time when Washington's relations with North Korea have become increasingly strained.

Supporters of the Pentagon's initiative, unveiled by the Wall Street Journal on Sunday, are likely to view it as a signal of Washington's commitment to Asia.

© AP Photo / Charles Dharapak
Pentagon Has 'Over 800 Military Bases' Across the Globe With More on the Way
The region has been in the spotlight in recent weeks amid escalating tensions between the United States and North Korea as Washington adopts a more assertive approach to foreign policy despite the White Houses stated goal of primarily focusing on domestic affairs.

The Trump administration has opted for a tougher stance on Pyongyang after the reclusive state stepped up its military efforts, carrying out a series of missile tests and pledging to conduct a sixth nuclear test. Washington's hardline rhetoric and its massive airstrike in Syria raised concerns that a military operation against North Korea could be looming.

However, Russian expert Vladimir Terekhov told Radio Sputnik that there would be no "major fight" between the two countries.

"Everything has turned into a war of words, which is a good sign since several days ago it seemed like the red line was crossed and a military operation was possible. This option appears to have been put aside at the moment," the analyst said. "The United States appears to have settled on something it earlier rejected – certain patience. The US would use pressure, applying economic and diplomatic instruments. I think that the crisis is over."

© REUTERS / Inquam Photos/Octav Ganea
Changing the Enemy: What's Behind US Reviewing its Missile Defense Doctrine
Earlier this year, Washington officially ended its policy of "strategic patience" toward the reclusive nation, saying that all options are on the table. High-ranking US officials repeatedly said the US could resolve the North Korean issue on its own if other nations, primarily China, do not make an effort.

However, President Trump has adopted a less assertive approach to North Korea in recent days. In late April, he limited his reaction to Pyongyang's failed missile test by tweeting only that North Korea "disrespected the wishes of China." In addition, Trump described Kim Jong-un as "a pretty smart cookie" for holding onto power.

Changing the Enemy: What's Behind US Reviewing its Missile Defense Doctrine

Is US Creating Shield Against Potential Nuclear Retaliation From Russia, China?