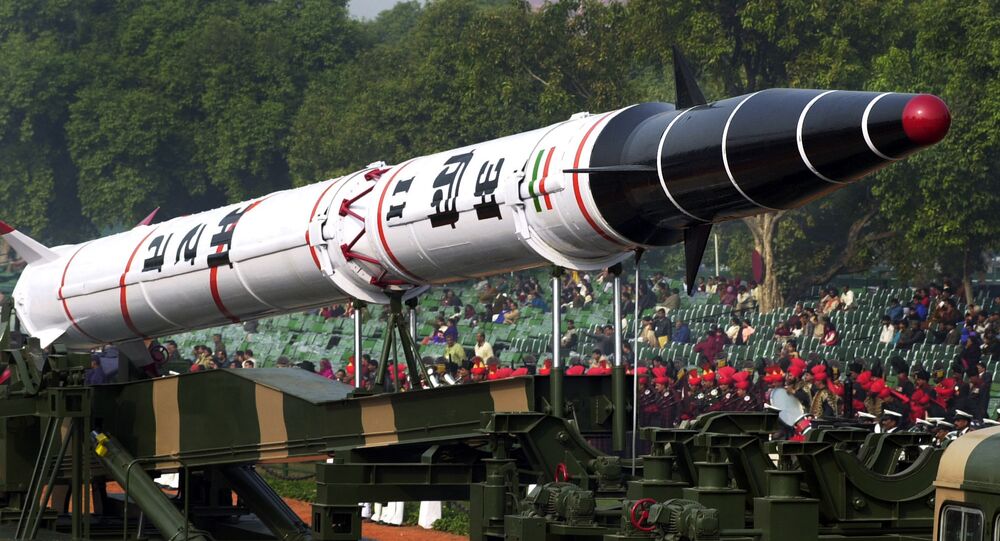 New Delhi (Sputnik) — The missile was launched from a mobile launcher located on Abdul Kalam Island off Odisha coast at 10:23 am (IST). A mobile launcher can be moved anywhere, including rugged areas, and is, by its very nature, less vulnerable to air strikes. Last week, India also tested its Agni-III missile which can hit targets up to 3,000 kilometers.

© AP Photo / Ajit Kumar
India Launches Land Version of BrahMos Amid Tension on Pakistan Border
Defense sources said the test was aimed at re-establishing the operational effectiveness of the missile system. With a strike range of more than 2,000 kilometers, the 20-meter long, 17-ton Agni-II can carry a payload of one ton, which is twice the estimated minimum weight of a nuclear warhead. And with a reduced payload of about 500 kg, its range could increase significantly.

The missile, which is equipped with state-of-the-art avionics and advanced onboard computer, has the latest features to correct and guide in-flight disturbances. Agni-II uses solid fuel as a propellant. Solid fuel is compact and non-corrosive and has a greater shelf life and permits greater mobility, survivability, and maneuverability.