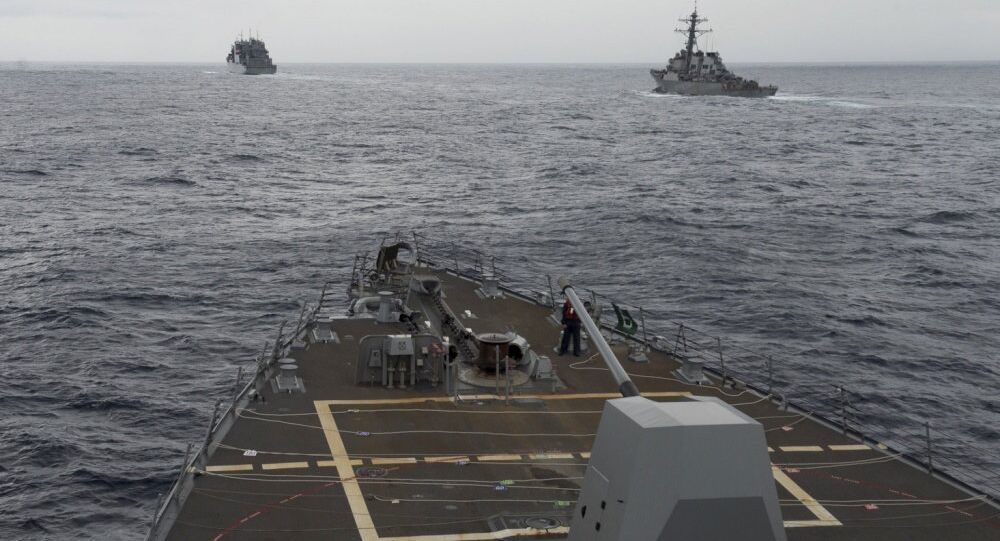 The US Navy has reportedly sent multiple requests to conduct freedom-of-navigation missions in the controversial South China Sea, but the Pentagon has denied them all.

The Navy wants to send its warships within 12 nautical miles of the Spratly Islands claimed by Taiwan, China and Vietnam, according to multiple published reports. US Pacific Command would not disclose further information to the American military publication Stars and Stripes.

The new policy could signal a major softening in posture toward China by the Trump administration. After vowing to label China a currency manipulator, a March Treasury Department report found that China in fact has not been unfairly devaluing the renminbi. Trump later echoed this line. Further, despite claiming that he would renegotiate trade deals between the US and China, no such activity has emerged in the early days of the Trump presidency.

“[N]ow is not exactly the right time to call China a currency manipulator,” the president told supporters at a rally April 29, as he is hoping to get China on board to “solve” the North Korean “problem.”

The Pentagon simply may not have enough staff to complete the operations, Stars and Stripes noted. While more than 50 positions remain open in the Pentagon that can only be filled by presidential appointments, only Defense Secretary James Mattis has been approved by the Senate.

One expert, however, wasn’t so sure that it was a staffing issue. "I think we can conclude this isn’t just inertia," Euan Graham of the Lowy Institute said. "This is taking on the hallmarks of a conscious policy."

The last iteration of FONOPS in the South China Sea occurred in October 2016, before Trump was voted into office.