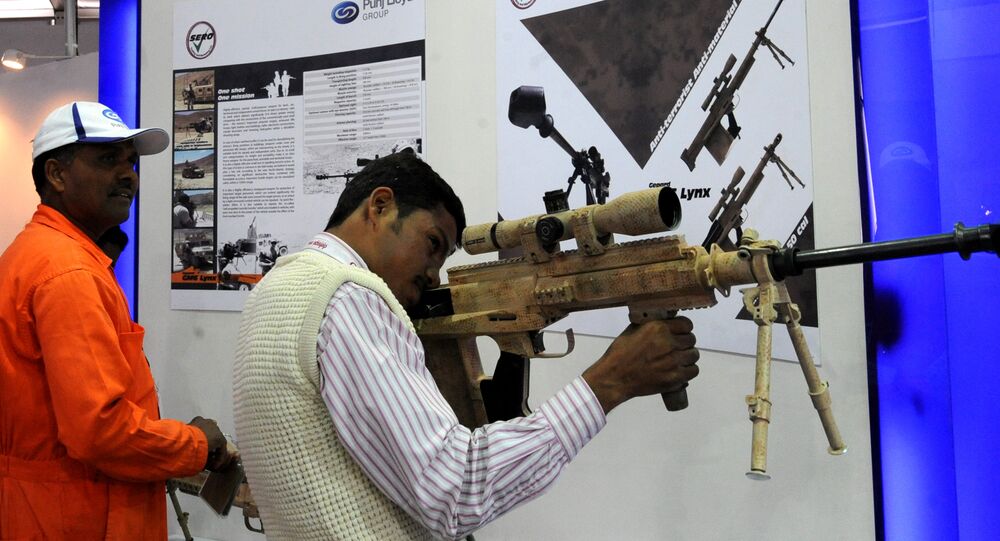 Israel Weapon Industries (IWI) has set up a joint venture with an Indian partner to manufacture small arms, including assault rifles, from this year. This is in line with the Indian government’s efforts to persuade foreign arms makers to share technology and make the products under the Make in India program.

© Sputnik / Anton Denisov
India To Purchase New Army Assault Rifle
New Delhi (Sputnik) — IWI has tied up with India's Punj Lloyd to manufacture small arms including assault rifles, such as Tavor 21 and Galil, under technology transfer arrangement. Punj Lloyd has inaugurated a plant in central India with the help of IWI and the production of small arms will begin here this year. ‎

Punj Lloyd has set its eye on the Indian Army's plan to purchase 185,000 assault rifles with telescopic sights in future. However, the company expects the joint venture to make it big in all the procurement plans of armed forces related to small arms. "It is basically for Make in India program. Right now we are not targeting just one product line here. All the small arms products, which are needed for the armed forces, we would manufacture," Wadhawan added.

© AFP 2021 / TAUSEEF MUSTAFA
India Sets Sights on Obtaining 185,000 Assault Rifles to Replace Old Weapons
Punj Lloyd has invested approximately $52 million in defense manufacturing and has invested $4 million for this particular business. "The investment amount would keep increasing depending on the order size which we keep getting," he said.

Indian Prime Minister Narendra Modi is expected to visit Israel this July to mark the 25th anniversary of joint diplomatic relations. Modi's visit, which will be the first-ever by an Indian Prime Minister, could yield some more defense deals between the two countries including armed Heron TP drones and Phalcon radar systems.

The Indian government signed a contract worth more than $1.6 billion with Israeli arms firm IAI. Over the last three years, India has signed 10 defense contracts with Israel, which is second only to Russia.