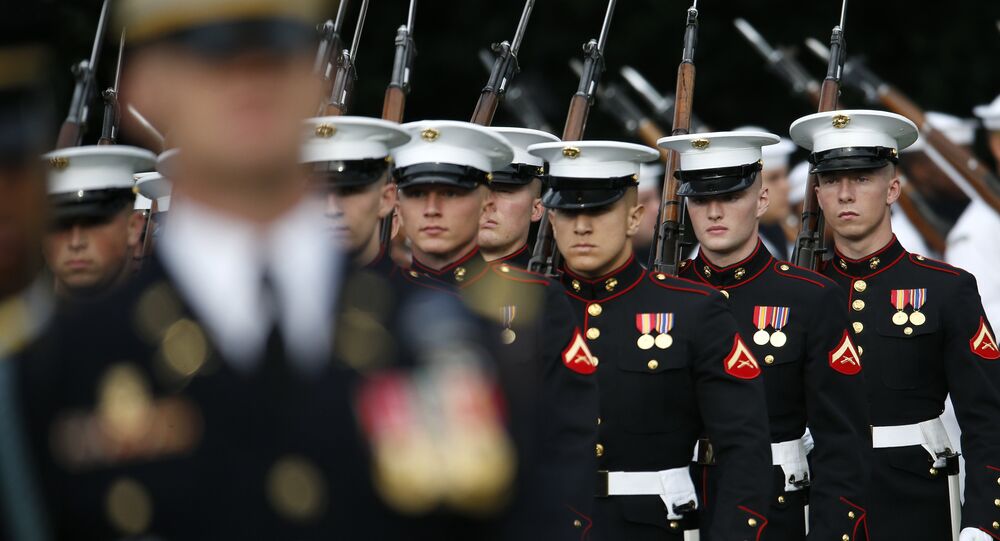 As the investigation continues into cases of hazing at Marine Corps Recruit Depot Parris Island, half the investigated cases have been confirmed as incidents of abuse, with court martials recommended.

Of the 24 claims investigated, United States Marine Corps (USMC) officials say that 12 of them have been confirmed.  One of the most egregious cases saw instructors choking, striking, and throwing trainees in a February 2015 incident.

Other allegations include drill instructors denying trainees bathroom breaks, physical assault, and even instructors vomiting on recruits. The names of the involved parties in the alleged incidents were redacted in the documents supplied to the media. The USMC also did not comment on whether any drill instructors were disciplined for their involvement in these incidents

The activities of Marine drill instructors at Parris Island came under scrutiny following the March 2016 death of 20-year-old recruit Raheel Siddiqui, who fell down three sets of stairs after an altercation with a drill instructor who reportedly called him a "terrorist."

The USMC initially ruled Siddiqui's death a suicide, a claim challenged by his family. The Marines then launched a probe into abuse at Parris Island, which according to a spokesman found that as many as 20 base officials could face administrative or even criminal charges for abuse or negligence of trainees.

Parris Island spokesman Captain Greg Carroll said that hazing is not widespread at the recruiting depot and the base had taken steps to prevent future incidents, such as adding supervisors to drills and regularly probing into whether Marines were facing abuse or not.

© AP Photo / Evan Vucci
Budget Woes: US Marines Could Be Forced to Ground Half of Aerial Fleet

"Everything we do has to have intent," said Major Steven Allshouse, director of Parris Island's drill instructor school. Training activities must accomplish a specific goal and cannot be used solely to upset or disorient recruits, according to USMC protocol.

Parris Island is the older of the two depots where newly enlisted marine recruits are trained. Producing around 20,000 new Marines every year, Parris Island became infamous for a 1956 incident in which a drill instructor marched his training platoon into a swampy creek and six recruits drowned. Its reputation was further tarnished by the classic 1987 film Full Metal Jacket, which portrayed Parris Island drill sergeants as violent, inhuman sadists.