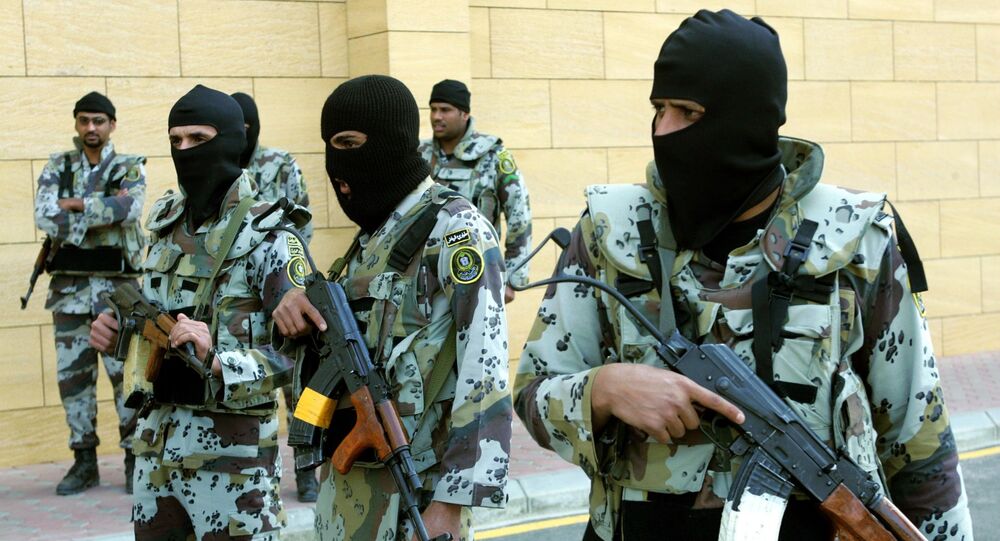 The Bundeswehr will train Saudi military in Germany, according to a corresponding agreement reached between the countries during Chancellor Angela Merkel's visit to Jeddah.

On the eve of the signing of the agreement, it became known that Saudi Arabia won't purchase German weapons anymore.

"We don't want to create problems for the German government with our new demands for weapons," Saudi Deputy Minister of Economic Affairs Mohammed al-Tuwaijri told Spiegel Online, implying the widely spread criticism of German arms supplies to Riyadh due to the involvement of the latter in a military conflict with Yemen.

© AFP 2021 / FAYEZ NURELDINE
We Won't Sell You Guns, But We'll Show How to Use Them: Berlin Invites Saudis for Military Training
At the same time, both countries agreed that Germany will train Saudi soldiers instead.

How many trainees will be send to Germany has not yet been reported. It is also unclear what army units will be targeted by the new initiative, Die Zeit newspaper wrote.

Berlin first expressed the idea of training some members of the Saudi armed forces in 2015. It was initially planned that three to five Saudi officers will be trained in Germany each year.

The proposal has elicited criticism from many opposition parties and human rights groups, which object to Berlin's military ties with Riyadh, all the more since Saudi Arabia launched a bombing campaign on Yemen in March 2015.

Both governments also signed a joint declaration on police cooperation. This includes, among other things, trainings of Saudi border guards by German federal police officers as well as workshops in the field of air security.

In addition, the parties agreed that Germany's Siemens Group will be involved in the Saudi economic program Vision 2030. The company is supposed to assist Saudi Arabia in its "digital and industrial transformation" and is also expected to help with the training of Saudi employees.