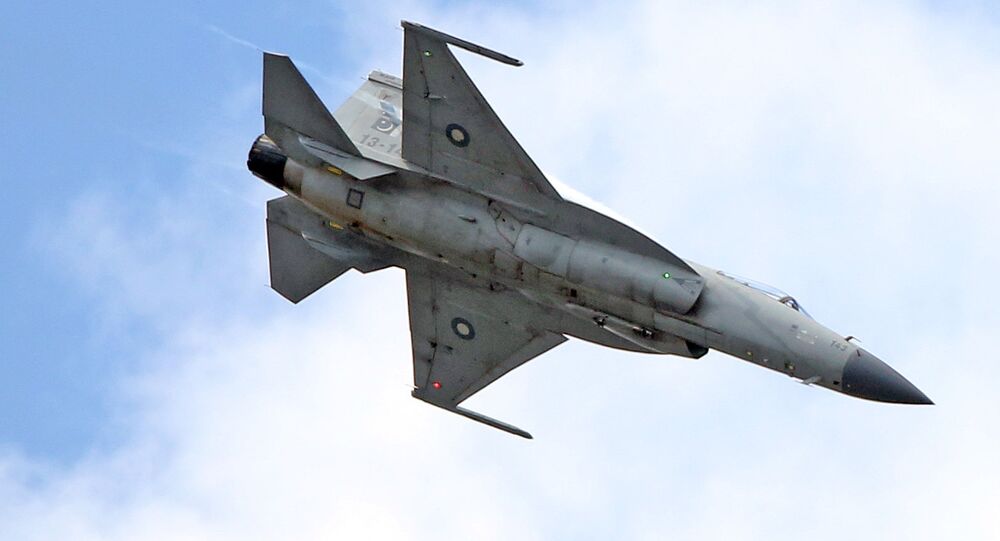 The aircraft, developed by China in partnership with the Pakistan Aeronautical Complex, took off at a Chengdu Aircraft Industry Corporation (CAIC) airport, Chinese media outlets reported. The JF-17B jet is an upgrade from the previous JF-17. It is designed for air-to-air dogfighting and providing air support against ground targets. The jet can carry beyond-visual range air-to-air missiles, anti-ship cruise missiles and other ground-target bombs.

The makers plan to sell the jets at a price of $25 to $32 million in hopes of seizing a great share in the global weapons market. They present a much more affordable option for buyers compared to the Lockheed Martin F-35, which runs almost $100 million per plane.

“The JF-17B has received orders from the international market even before the maiden flight, which means our clients have a very high level of confidence in our development and production capacity,” said Yang Ying, general manager of China Aero-Technology Import and Export Corp, the trade wing of the state-owned Aviation Industry Corporation of China, which owns CAC.

The designer of the JF-17 model said the jets were sorely needed in the current aircraft market, and that the plane that took the first flight has already been sold to a foreign buyer.

The jet can be used for training and combat purposes, according to AVIC.