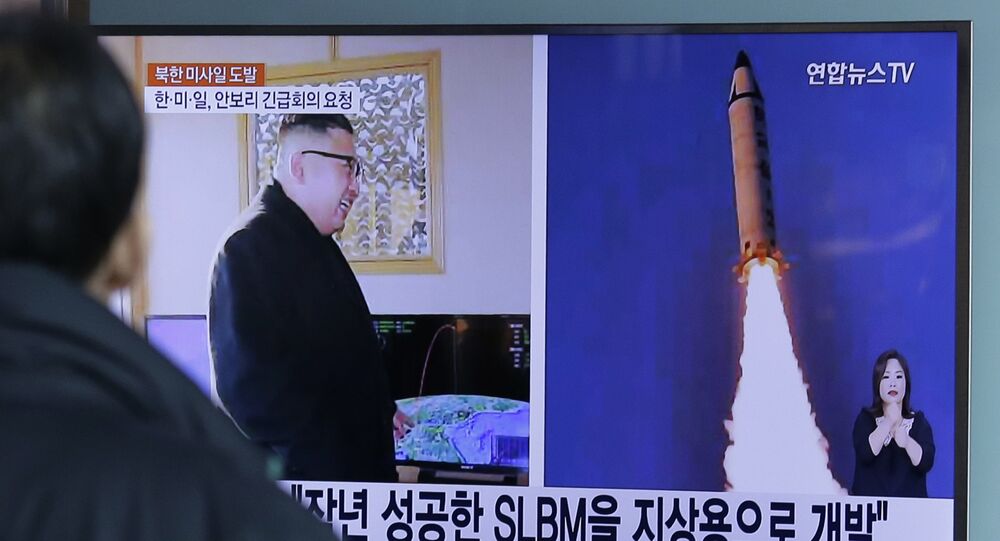 "Kim Jong-un is clearly in a position to threaten Hawaii today, in my opinion," Harris testified to the House Armed Services Committee (HASC). "I have suggested that we consider putting interceptors in Hawaii that… defend [it] directly, and that we look at a defensive Hawaii radar."

Both of Hawaii's representatives in the House, Colleen Hanabusa and Tulsi Gabbard, are members of the HASC. They grilled Harris over the safety of their state, to which he replied that the current ballistic missile defense architecture "is sufficient to protect Hawaii today, but it can be overwhelmed. Somewhere, we would have to make a decision about which [missiles launched at Hawaii] to take out or not. So that's a difficult decision."

"North Korea vigorously pursued a strategic strike capability in 2016," said Harris, warning Congress of Pyongyang's aggression. "Kim's strategic capabilities are not yet an existential threat to the US, but if left unchecked, he will gain the capability to match his rhetoric."

"With every test, Kim Jong-un moves closer to his stated goal of a preemptive nuclear strike capability against American cities," he testified. "Defending our homeland is my top priority, so I must assume that Kim Jong-un's nuclear claims are true."

While Harris did not claim to know when North Korea would successfully construct a nuclear ICBM, he did believe it to be an inevitability. "Just as Thomas Edison is believed to have failed 1,000 times before successfully inventing the lightbulb, so, too, Kim Jong-un will keep trying. One of these days soon, he will succeed."

When the HASC asked Harris whether he thought North Korea would actually use its ballistic missiles aggressively, he replied that "I don't share [the HASC's] confidence that North Korea is not going to attack either South Korea or Japan or the United States or our territories or our states or parts of the United States once they have the capability. I won't say that they will but I don't share your confidence that they won't."

However, Harris also said that the US' objective should not be to defeat North Korea, but to neutralize it as a threat. While "every possible option" should be considered, Harris said, the objective should be "to bring Kim Jong-un to his senses, not his knees."

Harris also called for a larger stockpile of weapons and ships in the Pacific to deter Korean – and possibly Chinese or Russian – aggression. However, should it come to battle tomorrow, Harris was confident in the American capability to defend its carrier group. "Weapons used by North Korea to attack the fleet, Carl Vinson, are easily defeated by the weapons owned by that combat group," he said.

The USS Carl Vinson aircraft carrier, flagship of Carrier Group One, is not threatened by North Korean missile capabilities at present. "If it flies, it will die if it's flying against the Carl Vinson strike group," Harris told the HASC.

Harris, who oversees all US military operations in the Pacific, has long pointed to North Korea as the biggest threat to stability in the region. During his 2014 Senate hearing to be appointed to the office, Harris said that "our most volatile and dangerous threat is North Korea, with its quest for nuclear weapons and the means to deliver them intercontinentally."

Similar anti-missile systems as the one Harris lobbied for are already in place at Vandenberg Air Force Base in California and Fort Greely in Alaska. Of the 17 intercept tests undertaken by these two systems, nine successfully shot the ballistic missile down while eight were failures. In 2013, the Pentagon estimated that the program costs $892 million annually to maintain.