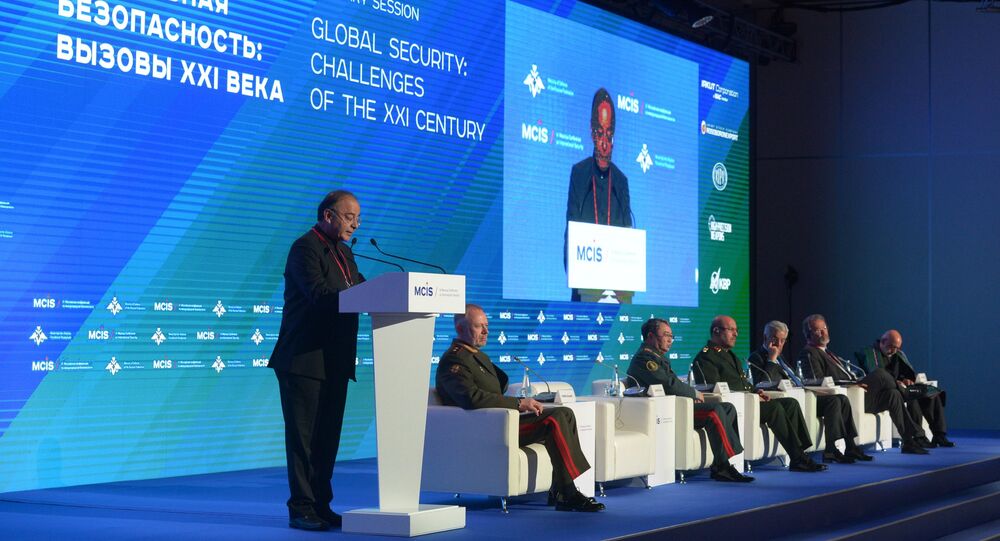 Taking relations with Russia to another level, the Indian government has begun a discussion with Moscow for setting up another defense manufacturing unit under the ‘Make in India’ program. This was discussed when Indian Defense Minister Arun Jaitley met his Russian counterpart Sergei Shoigu recently.

© Photo : Pixabay
Russia Hopes India to Join Initiative on Non-Deploying Weapons in Space
New Delhi (Sputnik) — Jaitley did not reveal the type of weapon being discussed to make in India. "We have future plans to set up manufacturing units in India and these are subjects of discussion which came up in my bilateral meeting with the Defense Minister and I am sure with the level of engagement we have, this relationship will continue to grow," Jaitley said.

The $1-billion program of joint production of Kamov-226T has taken off this month with the final approval of Russian President Vladimir Putin to set up Indo-Russian Helicopter Pvt Ltd. Russia's Rostec Corp will own 49.5 percent stake while India's Hindustan Aeronautics Limited (HAL) will own the remaining 50.5 percent in the joint venture. Under the deal for 200 Kamov Ka-226Ts, 60 helicopters will be received in fly-away condition from Russia while another 40 will be assembled in India and the remaining 100 will be fully built in India.

"Russia has been a true and trusted friend of India, which is regarded so by the people of India and there has been a much greater cooperation at the level of defense. It is a cooperation which extends to joint military exercises, training cooperation and also with regard to the supply of equipment which India purchases from Russia," Jaitley said.

© Photo : Youtube/Military review
'Interest in Weapons is Huge': How Arms Contracts Will Boost India-Russia Ties
India and Russia identified a total number of 485 lines for Transfer of Technology (ToT) to support Sukhoi-30 MKI fleet. Towards this, 20 Indian vendors have been introduced to the Russian OEMs to find out the feasibility of ToT in the fields desired by Indian vendors.

In March this year, HAL signed an agreement with Russian OEMs for the long-term supply of spares and rendering technical assistance for five years which do not cover any technology transfer. The agreement will enable HAL to procure required spares based on the price catalogs directly from OEMs for the Sukhoi fleet and boost after-sales service by reducing lead time in the procurement of spares significantly.