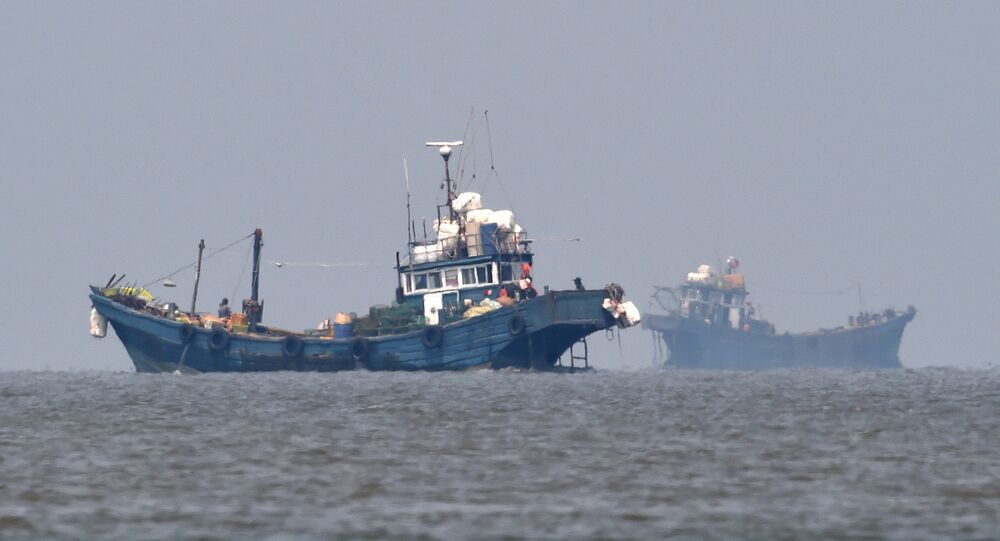 US, Allies May Ban DPRK Fishing Rights as Punishment for New Missile Tests

Seeking the diplomatic means to discourage Pyongyang from test-firing additional ballistic missiles and detonating more nuclear weapons, Japan, South Korea and the United States are floating the idea of banning Pyongyang’s fishing rights in the region, according to a diplomatic source.

A source in the ongoing negotiations suggested on Wednesday that an announcement would soon be made by the United States, Japan and South Korea, threatening to prevent North Korea from selling the rights to other nations to fish in its own coastal waters, if the increasingly isolated country conducts another underground detonation of a nuclear bomb, or launches another ballistic missile into the Sea of Japan, according to Yonhap.

© AP Photo / Lockheed Martin
'Point of No Return': 'Game of Chicken' Between Pyongyang, Washington Must End

The proposed fishing rights ban, under the auspices of a UN Security Council sanction, would be intended to further limit cash flow in the Democratic People's Republic of Korea (DPRK), monies that are believed by the US State Department to be funneled primarily into the development of deadly weapons, including nuclear bombs.

Following a Tuesday meeting of envoys from the three countries, South Korean diplomat Kim Hong-kyun said that it had been agreed that they would engage in "unbearably strong punitive action" if the DPRK fires another ballistic missile or detonates another nuclear weapon, according to the Korea Times.

North Korea has previously sold to China the rights to fish in Pyongyang's waters, and the proposed sanctions would annul that right, a move some say is risky and not guaranteed to succeed unless China, a permanent member of the UN Security Council, participates.