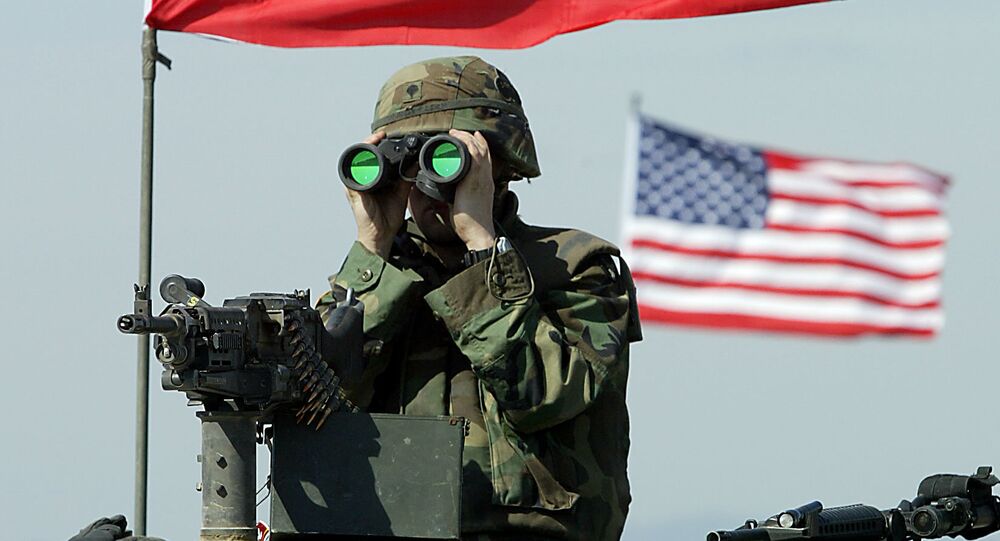 "The Alliance is intensifying reconnaissance and intelligence activities along the Russian border. Over the past two years, the number of operational and combat training activities of the joint NATO armed forces has almost doubled in the Eastern European region. The implementation of expansion plans undermines the balance of forces in the region and increases the risk of military incidents. All these actions by NATO are destructive and provocative," he said.

© AFP 2020 / Jean-Christophe Verhaegen
Russia-NATO Ties at 'Lowest' Point Since End of Cold War - Russian General Staff
Moscow has expressed concerns over NATO's expansion to the east some time ago, stressing that it should be immediately stopped. Since 2014, after Crimea rejoined Russia, NATO has been increasing its military presence in Eastern Europe, using the countries’ vulnerability to alleged Russian aggression as a pretext.

On April 11, US leader Donald Trump ratified a protocol for Montenegro's accession to NATO despite protests in the Balkan nation, bombed by NATO in 1999.