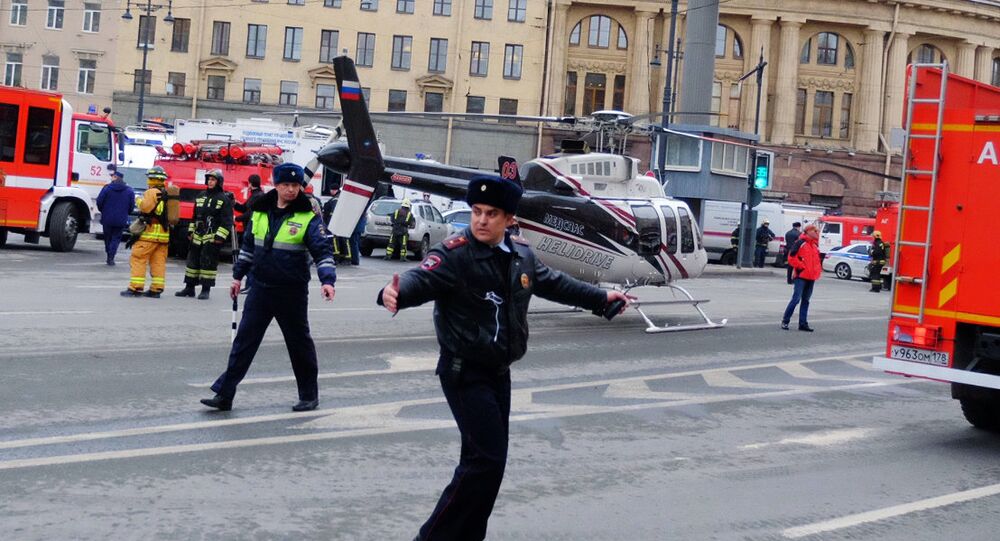 © AFP 2020 / Russia's VK.com social network
Court Strips St. Petersburg Metro Attack Suspect of Russian Citizenship
The group's statement was originally published by a Mauritanian news agency and translated by SITE. In the statement, the group claimed that the bomber, Akbarzhon Jalilov, had acted on instructions from al-Qaeda leader Ayman al-Zawahiri.

On April 3, a suicide explosion hit a subway car on a stretch between two subway stations in the center of St. Petersburg, claiming 16 lives, including the perpetrator of the attack, and leaving about 50 people wounded. Russia's Investigative Committee said that a Russian citizen of Kyrgyz descent Akbarzhon Dzhalilov was the prime suspect, but did not rule out the possibility of the perpetrator having accomplices.

Last week, Russia's FSB detained two suspects, Abror Azimov, accused of training Jalilov, and his elder brother Akram, who has been accused of helping transfer money for the preparation of the terrorist attack and assisting in establishing communication channels with the emissaries of international terrorist organizations.