The 2016 Flotex exercise marked a historic moment which featured all of Norway's warships sailing. Since then, five of the nine vessels have been slated for scrapping. Instead, controversial F-35 fighter jets and submarines are expected to take over.

© AFP 2019 / ODD ANDERSEN
Leaked Gov't Report Reveals Norwegian Security So Bad It Has to Be Hushed Up
The 2016 Flotex exercise was arguably the last time Norway' surface vessels sailed simultaneously. One of the fateful decisions in the long-term plan for the Armed Forces, adopted by Norwegian parliament last autumn, was to scrap the Skjold-class corvettes currently in service, as soon as the new F-35 fighter fleet becomes fully operational. This will leave the Norwegian Navy with only five frigates for surface warfare. Of the five frigates, one is expected to always be in maintenance. Moreover, the Navy's minesweepers will also be phased out, whereas the rest of the Navy vessels will be tasked with guarding Norway's vast coastline stretching over 25,000 kilometers. Additionally, the submarine fleet will also be curtailed in the future, from today's six submarines to only four.

Earlier this year, Norway announced plans to collaborate with the German company ThyssenKrupp Marine Systems in the acquisition of four new submarines totaling 41.4 billion NOK ($4.8bln). The plan is to begin introducing the new submarines from 2026, while gradually phasing out the old ones from 2028. The German Type-212 submarine is already in service in Italy and Germany.

"Submarines are of major importance for military operations in the maritime domain. For a maritime nation such as Norway, submarines are a pillar of our defense," Defense Minister Ine Eriksen Søreide told Norwegian national broadcaster NRK.

© Photo : press-service of JSC PO Sevmas
Norway Arms Itself to Deflect Difficult-to-Detect Russian Subs
According to Ståle Ulriksen, a researcher at the Naval Academy and the Norwegian Institute of International Affairs (NUPI), the purchase is absolutely necessary yet insufficient.

"It is difficult to maintain high readiness while only training with four submarines. We should at least buy six new ones," Ståle Ulriksen told NRK, pointing out that submarines can only sail a certain number of hours a year, require continuous training and must be present at anti-submarine exercises.

In the Norwegian Navy, though, the cutbacks are seen as positive. 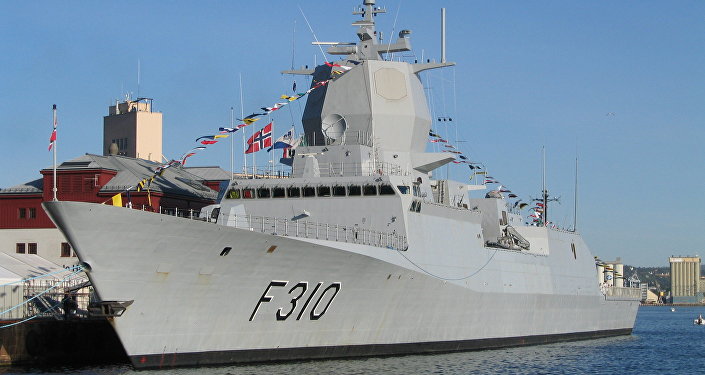 © Wikipedia / user:ZorroIII
Norway 'Cannibalizes' Own Frigates, Gnaws at Navy's Backbone
"Today, we have completely different possibilities than before. Fewer vessels today deliver as much combat power as many more did before. In case of a minor crisis, 13 coastguard vessels will provide a significant capacity. In a major crisis, it's the Navy we depend on," Norwegian Defense Chief Admiral Haakon Bruun-Hanssen told the Norwegian daily Aftenposten.

According to Bruun-Hansen, the downsizing made it possible to catch up with maintenance, increase the inventory of spare parts, improve alertness and increase the level of activity. The number of man-years in the Navy rose from 3,438 to 3,566, as opposed to the decline in the army. Additionally, Norwegian warships sailed 33,480 hours in 2016, almost 3,000 more than in 2015 and 4,000 more than in 2014.