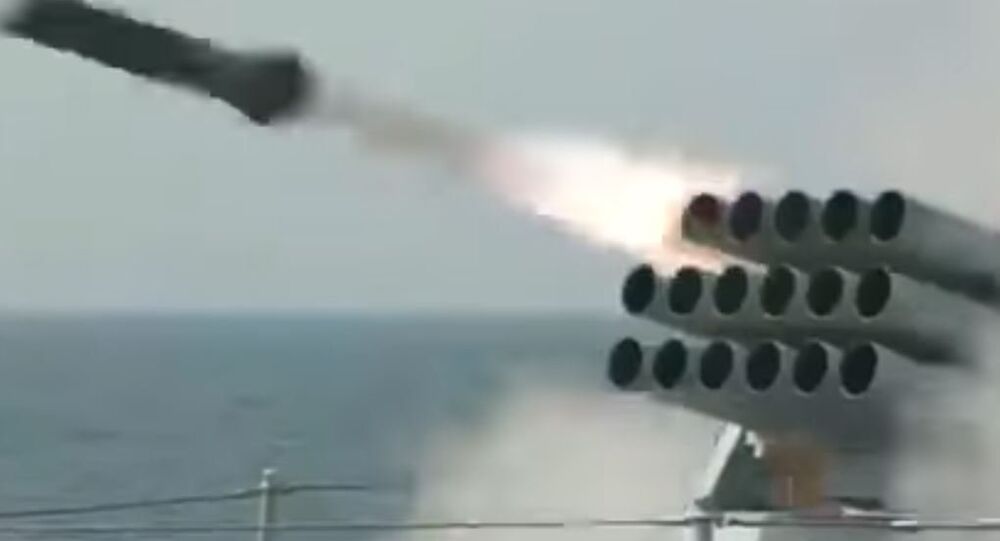 The Chinese navy has tested a host of weapons on one of its new destroyers in the Yellow Sea, which forms North Korea’s western border.

In addition to providing practice for sailors to fire artillery weapons, the drill "tested and regulated” the sailors’ “firing techniques” to "help them gain battling experience," Xiang Zhihong, commander of the North Fleet, told ChinaTopix.

In recent days, Pyongyang’s vice foreign minister has threatened “all out war” amid such provocations. And last Friday, Chinese Foreign Minister Wang Yi said “a conflict could break out at any moment,” Sputnik reported.

© CC0
Beijing Anticipates War on Korean Peninsula ‘At Any Moment’

The People’s Liberation Army Navy (PLA-N)’s Xining warship was commissioned as part of the North Fleet in January. It features a “stealth design” and can serve as a “flagship for a strike group,” state-run newspaper China Daily said.

Washington said the US Navy’s USS Carl Vinson was also headed towards the Korean Peninsula as tensions boiled. Instead, it was spotted near Indonesia and will not reach the region until next week at the earliest, Sputnik reported Wednesday.

The era of “strategic patience” practiced by previous US presidential administrations “is over,” US Vice President Mike Pence said last week.

The Xining specializes in air defense weaponry in addition to submarine hunting, according to ChinaTopix. It also features a railgun, likely for ship-to-ship purposes.