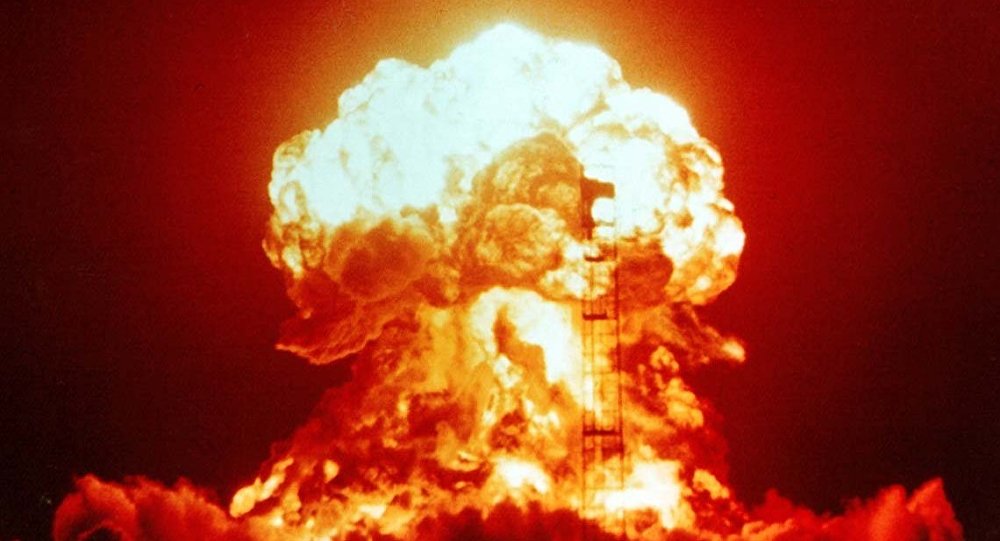 The security situation in Sweden and its vicinity is said to have deteriorated amid the recent cooling of US-Russian relations. For the first time in decades, Sweden has once again taken up monitoring the risk of a nuclear war on European soil.

© Photo : Pixabay
How Russia Will React to Deployment of NATO Anti-Missile Systems in Norway
It's been almost three decades since the end of the Cold War, and Northern Europe and the Baltic Sea Region has once again found itself at the focal point of a possible East-West confrontation involving nuclear weapons, Sweden claims.

Based on the deteriorating security situation, the Swedish Defense Research Agency (FOI) has launched a project aimed at keeping abreast of the latest developments in the field of nuclear weapons. The FOI, which claims to possess national technical expertise on nuclear issues, is now investigating the possibility of nuclear weapons being used on Swedish territory or in neighboring nations.

"Political statements, as well as various countries' modernization programs will be given more attention in the study than the purely technical abilities," the FOI said in a press-release.

According to senior FOI researcher John Rydqvist, the goal is to determine the probability of nuclear weapons being used in combat on European territory in the future.

"In our work, we will also look at more specific questions. The main aim is to analyze how the continued development of nuclear weapons affects the outlook of the European battlefield, and whether there are actual plans to use nuclear weapons in combat," John Rydqvist said in the FOI statement.

© Flickr / Bruno Jargot
From Opponent to Supporter: Norway on Its Way to NATO Missile Defense
Additionally, the FOI will also investigate ethical matters, such as the possibility of receiving assistance from countries and alliances that have nuclear weapons in their arsenal and how compatible it would be with Sweden's work on disarmament and placing a ban on nuclear weapons.

Unsurprisingly, these concerns have been echoed by Sweden's neighbors. Only last week, retired Norwegian Lieutenant General Robert Mood voiced his concerns over the fact that Norway and other NATO member states have become so weak that the alliance is forced to dust off its nuclear deterrence strategy after several decades.

"It is disturbing and disappointing that we are headed back to a logic very many thought we had put behind us," Robert Mood told the Norwegian newspaper Klassekampen.

According to Mood, the weakness of NATO's conventional forces in Europe in terms of responsiveness and volume put the strategy of strategic deterrence with nuclear weapons back on the table as one of the most important elements in the future.

© Sputnik / Sergey Pyatakov
Swedish Foreign Ministry Pumps Up Fear of Russian Nuclear Weapons
In his recent speech at the Oslo Military Society, Mood presented a devastating picture of Norway's defense, claiming it to "hardly deserve the very name of defense." According to Mood, who claimed NATO nations to be neglecting NATO Article 3, which prescribes each country to develop both individual and collective defense capacity, Norway itself is creating a defense that is oriented on deterrence, alongside its biggest allies NATO and the US.

Moreover, Mood pointed out that the US itself promoted a comprehensive nuclear armament, which, among others, is manifested in Republican Senator John McCain's recommendations for future defense spending, which is all the more lamentable, given the absence of dialogue between the West and Russia.