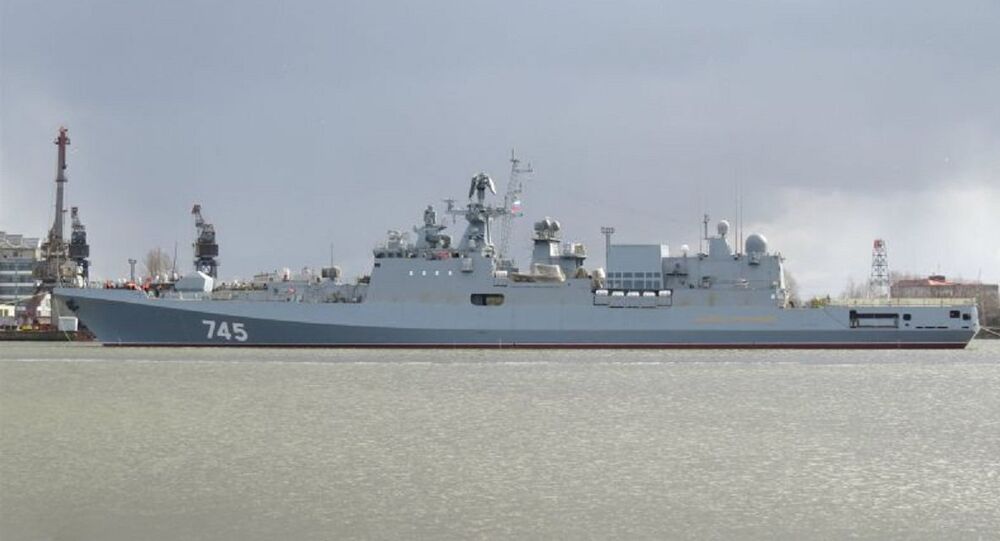 Russia’s Admiral Grigorovich-class frigate has returned to the Russian naval task force operating in the Mediterranean Sea after replenishing supplies in the Syrian port city of Tartus.

“Admiral Grigorovich has now returned to its mission as a part of the operational group of the Russian Navy in the Mediterranean. On the eve, the ship made a tour to the Syrian port of Tartus to replenish fuel, water and food supplies,” the head of the press service of the Black Sea Fleet Captain of 1st Rank, Vyacheslav Truhachev, told Sputnik.

However, on April 8 the frigate returned to the Mediterranean Sea and is expected to serve until the summer.

According to former Baltic Fleet Commander Adm. Vladimir Valuyev, the warship's firepower will strengthen the air defense of troops, forces and facilities in Syria.
The frigates of Project 11356, to which Admiral Grigorovich belongs, have a displacement of 4,000 tons, a speed of 30 knots, autonomy of 30 days and a crew of 200 people.

On board the frigate there are cruise missiles of increased range, e.g., the "Caliber" or "Onyx," 100 mm caliber artillery, the anti-aircraft complex "Kortik," 533 mm caliber torpedoes and one Ka-31 helicopter.

According to Valuyev the return of the Russian frigate is not linked to the recent US missile strike on the Syrian military airfield in Ash Sha’irat.