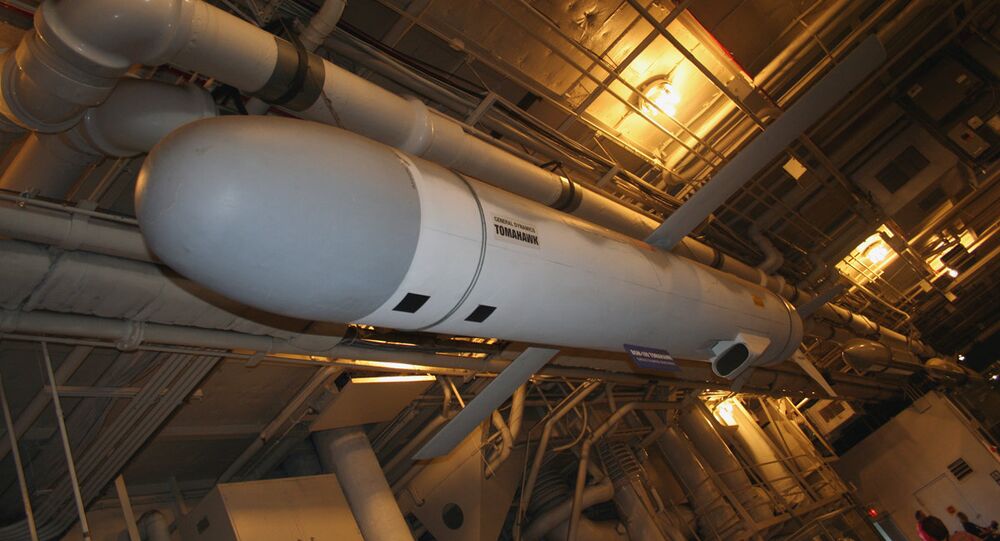 "The Tomahawk is a serious weapon, a 'weapon of democracy.'… Military interventions in many countries were launched with an initial attack involving the Tomahawks which were used to destroy military and civilian infrastructure," he said.

© REUTERS / Robert S. Price/Courtesy U.S. Navy
Washington 'Violates All Unwritten Rules Devised Since Cuban Missile Crisis'
The latest use of the Tomahawk cruise missiles took place last week when the Pentagon carried out an unexpected attack on the Shayrat air base, operated by the Syrian Arab Army (SAA). Washington said that the operation was carried out as a response to President Bashar al-Assad using chemical weapons against civilians on the outskirts of Khan Shaykhun, a town in the rebel-held province of Idlib.

© REUTERS / Lucas Jackson
Russia Vetoes UN Security Council Resolution Condemning Syrian Government
The Russian Defense Ministry said that only 23 of the 59 missiles had reached their target, citing photos posted on social media which appeared to show unexploded Tomahawks around the air base and in surrounding civilian areas. The Pentagon later described this information as incorrect.

"In this case one could say that the United States made a very impulsive decision. They probably lacked all the necessary data or some of the missiles were flawed. It is hard to believe this since the Tomahawks have always boggled the mind with their high accuracy during previous operations. But they are also not without flaws," the analyst said.