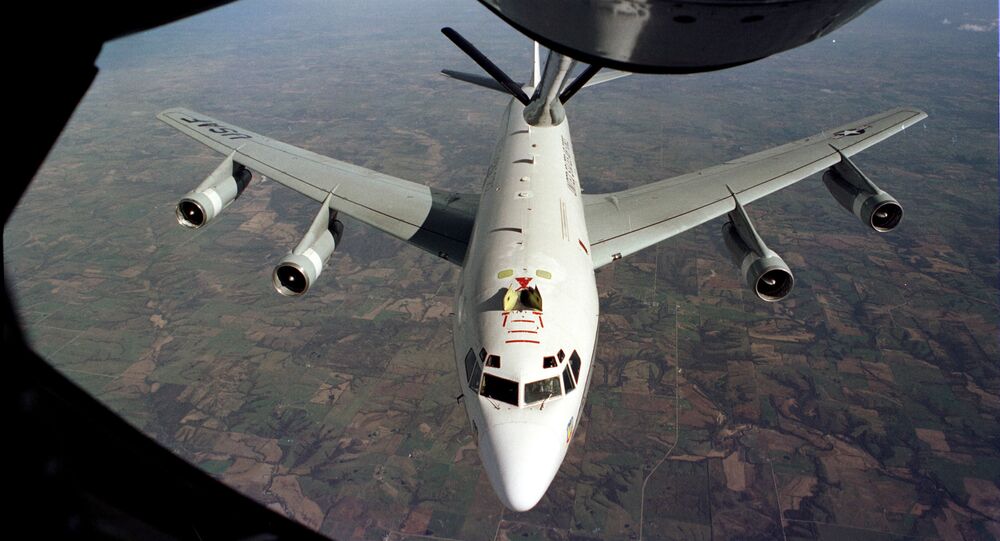 As tensions continue to simmer on the Korean Peninsula, due in part to North Korea’s continuous nuclear weapons development, a “nuke sniffing” US aircraft arrived at Kadena Air Base in Okinawa, Japan on Friday.

Japan’s Nikkei newspaper confirmed the arrival of a US Air Force WC-135 Constant Phoenix in a report published Wednesday.

Since 2006, when Pyongyang detonated an underground nuclear device, Washington has been deploying its two WC-135 aircraft to the region — planes which also flew over the Fukushima Dai-ichi nuclear power plant after its meltdown in 2011.

With several events of political significance coming in the near future, acting South Korean President Hwang Kyo-ahn has said that "provocations" from the North can be expected.

Kim Il-sung’s birthday, called "The Day of The Sun" in Pyongyang, will be celebrated on Saturday, and the Korean People’s Army (KPA) will be marking its 85th anniversary on April 25.

Following a controversial missile launch on Syria ordered by US President Donald Trump, a US carrier strike troop led by the USS Carl Vinson sailed toward the Korean Peninsula, prompting Pyongyang to warn Washington that there would be "catastrophic consequences" if they conducted a preemptive strike against the North.

© REUTERS / KCNA
‘World Should Be Ready’ for North Korea Nuclear Attack on US, Says Defector

This move came as Trump continued to ply China to step up their pressure on North Korea, as he met with President Xi Jinping at his Mar-a-Lago resort in Florida.

A North Korean Foreign Ministry spokesman told the Korean Central News Agency, "This goes to prove that the US reckless moves for invading the DPRK have reached a serious phase … If the US dares opt for a military action, crying out for 'preemptive attack' and 'removal of the headquarters' the DPRK is ready to react to any mode of war desired by the US."

Pyongyang has previously threatened to reduce the US “to ashes” if preemptive action is taken.

On Tuesday, roughly 200 foreign journalists gathered in North Korea ahead of Saturday’s celebrations were told to ready themselves for a "big and important event," though it isn’t clear whether that event has anything to do with the country’s nuclear development.

A similar process unfolded toward the end of the ruling Worker’s Party congress in 2016, when North Korean officials subjected foreign journalists to hours of investigation only to find out they were being screened for a concert.

Pyongyang has been working to develop a missile with a nuclear warhead attached that is capable of reaching the US, feeling justified by the Syria strike despite international calls for denuclearization.

US Adds 3 Residents of Russia to North Korea Sanctions List